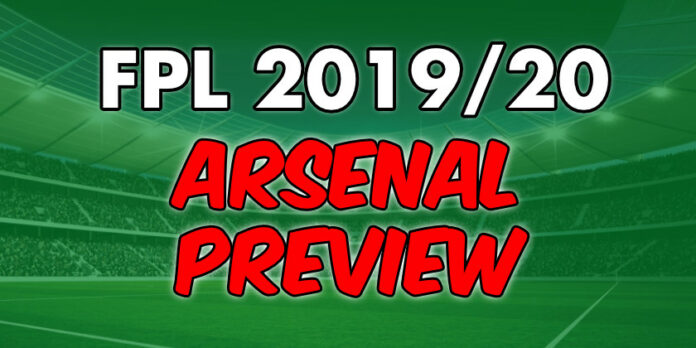 Arsenal are no longer the powerhouse they once were and this of course transfers over into their FPL appeal. Their Premier League finishes of 5th, 6th and 5th in the last three seasons are evidence of this.

It is clear Arsenal are a stronger team at home than away. Their home record was the 3rd best in the Premier League last year which is more than respectable considering only Man City and Liverpool topped them.

It was their away record that proved their downfall, however. A losing record away from home coupled with negative goal difference doesn’t make good reading for a team with the reputation Arsenal have. The likes of Crystal Palace and Leicester actually had beater away records in 2018/19.

Only one Arsenal player, Pierre Aubameyang, is picked by more than 10% of managers. This could be because Arsenal’s fixtures aren’t the best with Gameweek 3 and 4 fixtures against Liverpool (a) and Tottenham (H) respectively, off-putting.

Are Arsenal’s fixtures putting you off picking their players? ?#FPL pic.twitter.com/0jKTHRMYwQ

Despite their recent decline, their top 6 status is always going to spark the interest of FPL managers. Arsenal’s Fantasy Premier League candidates are somewhat top-heavy though, as only two players got more than 100 points.

Nobody sticks out in their defence and this can also be attributed to the fact they managed just 8 clean sheets last season, the 12th most of all teams.

Midfield is a similar story whereby their more consistent starters are of the defensive variety. The more attacking options either failed to be consistent or failed to hold down regular starting positions, with the latter probably a result of the former.

However, Arsenal do have two (now three) excellent forward options.

Perhaps most notably though, is that he scored the most bonus points of any player last season. His 32 bested both Jamie Vardy and Raul Jiminez, who both scored 31 each. He also finished the top overall scorer among forwards with 205 points.

Plenty of FPL managers will want him with those stats but only some of them will be willing to part with the £11.0m he costs.

Alexandre Lacazette looked great last season – hard working, sharp and took his chances when they came. Those who can’t afford the Gabon striker will be tempted by his strike partner.

However, while Lacazette is pleasing on the eye, his stats don’t match that of his buddy Aubameyang, even when value is considered. His points per £m are inferior and that’s before even taking into account that he nearly doubled his expected assists total.

That’s not to say Lacazette at £9.5m can’t be a good buy – he could certainly provide value for money. With that said, based on last season’s stats, Aubameyang is the better value buy.

Arsenal fans are very excited about the signing of Nicolas Pepe. He scored 22 goals in 38 league appearances last season, for former club Lille.

The Ivory Coast international is still unknown to some but Fantasy Premier League themselves clearly see potential as they have priced him at £9.5m and put him as a midfielder.

He is expected to line up on the right side of a front three that contains Aubameyang and Lacazette. However, at this point, that remains speculation.

Arsenal’s predicted starting 11 for their opening fixture against Newcastle (a) will be posted on our Fantasy Premier League Team News page in the coming days. You’ll be able to find predicted lineups for all 20 Premier League teams.