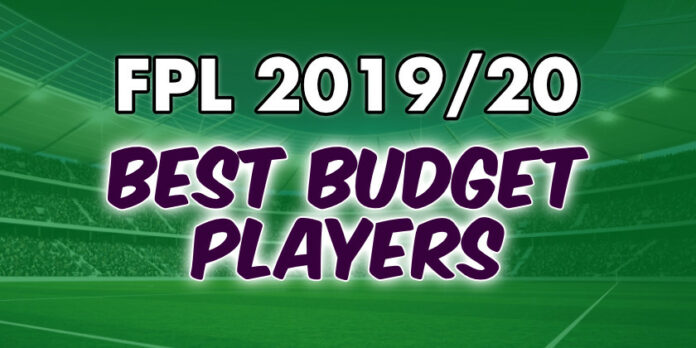 Having budget players in your Fantasy Premier League team is just a reality of fantasy football. It’s not possible to have the likes of Mohamed Salah and Raheem Sterling without making sacrifices elsewhere.

It’s unavoidable and picking the best ones can often be the difference between a successful or poor season. For the sake of this article, we’ll define budget players as £4.0m defenders, £4.5m/£5.0m midfielders and £4.5m/£5.0m/£5.5m forwards.

Primarily these selections should be used for your bench, making their way into your starting 11 in the event of injuries or a particularly poor fixture.

The general consensus among the FPL community right now is that Leander Dendoncker is the best budget midfielder option. It isn’t hard to see why, the Belgian became a regular in the Wolves’ midfield throughout the second half of the season.

He scored twice in the 1,465 minutes he played which is more than a reasonable ratio for a budget option. However, it is his expected goals (xG) that was perhaps most appealing. According to Understat, in Wolves’ last 10 Premier League games, Dendoncker’s xG was third highest in the team with 3.20.

It is no wonder the Belgian is currently picked by 10.9% of FPL managers.

The only midfielder priced £4.5m or £5.0m that is picked by more FPL managers than Dendoncker, is Chelsea’s N’golo Kante. The Frenchman is always a relatively popular pick in FPL despite his defensive prowess. His high pick percentage could be because his name rather than his attributes.

There are two factors which mean he is a reasonable pick, though. Firstly, and perhaps most obviously, is his likelihood of starting – he played all but 328 minutes of Chelsea’s Premier League games last season. Then there is his points per £m of which he has the best ratio of all midfielders in what we define as budget players. His 23.2 points per £m beats second place Mark Noble who has 19.8.

However, his points from last season may be inflated due to a couple of reasons. While his four goals and four assists make for impressive reading they were above his xG and xA totals. Kante was also playing in a more advanced role under Maurizio Sarri – and under new manager Frank Lampard he will be expected to revert to his more traditional defensive midfield role.

Budget forward options appear to be few and far between in Fantasy Premier League 2019/20. One player that is emerging as a viable option though, is Divock Origi. In a perfect world for Liverpool, the trio of Mohamed Salah, Roberto Firmino and Sadio Mane would start the season.

Klopp has confirmed that the trio will get little to no time in pre-season however, which suggests they may not be guaranteed to start in Liverpool’s opening fixture against Norwich. This opens the door to Origi who is already participating, and scoring, in pre-season friendlies.

At £5.5m and with good fixtures to start the campaign, Origi might become an increasingly popular option as the season opener draws closer. Also, he is currently only picked by 2.1% of managers.

It would be a brave manager who ignores Liverpool’s start to the season…#FPL pic.twitter.com/1Ansu44BbO

Much has been made of Shane Long’s Premier League goal scoring, or thereby lack of, having only scored 10 over the last three seasons. Nevertheless, this hasn’t stopped him being the most picked budget forward with 8.1%.

At 32 years old though, it is hard to see him improving on these returns. He also faces competition for Southampton’s striking role in the form of Danny Ings and youngster Michael Obafemi.

Kelly The Must Have Budget Option?

FPL managers have already decided what the best £4.0m defender option is – Martin Kelly. The Crystal Palace defender has emerged as a likely starter to begin the season following Aaron Wan-Bissaka’s transfer to Man Utd.

Kelly won’t offer anything going forward but a likely starter at £4.0m, in a team that kept 12 clean sheets last season, is hard to turn down.

Man Utd’s £4.5m forward, Mason Greenwood, has impressed in pre-season – already scoring two goals. He is doing so well that Ole Gunnar Solskjaer even hinted that the youngster could start in the opening game against Chelsea.

Greenwood’s pre-season hasn’t been lost on FPL managers which has resulted in a surge of picks. As of writing, he is picked by 8.8%.