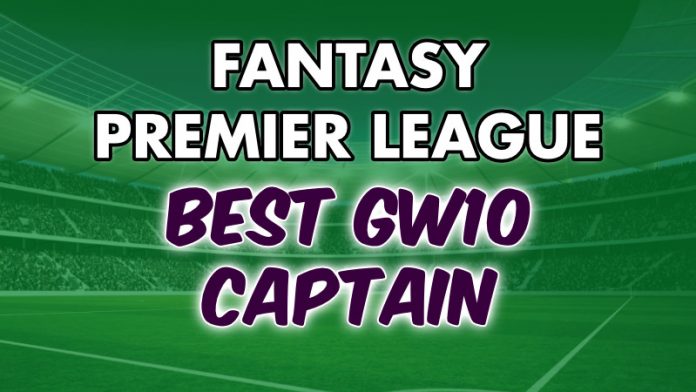 The importance of the FPL captaincy was on full display last week as the most captained player Fernandes got 11 points. That’s a near 20 point swing from someone who gave the armband to a player with no returns.

However, with many of the top teams facing sides in the bottom-half of the table, there’s huge potential for points from the games most owned players.

Vardy is the only player on this list with more than 50% chance of scoring this weekend. He will be looking to add to his tally of eight goals this campaign. He’s the third highest scoring forward this season and faces a Fulham team with the joint worst defence (18 goals conceded).

Fulham have also allowed 11 goals at home, another unwanted record of the joint highest. Additionally, he is of course on penalties, having already scoring five this season.

The league’s top scorer with ten goals faces a Leeds team that has conceded an average of 1.8 goals per game. His Everton side have been helped by the return of Richarlison from injury, gaining their first win since GW4.

Leeds have also conceded 13.2 shots per game, the fifth highest in the league and with James Rodriguez they will likely create a lot of opportunities.

Salah returns to face Brighton and will hope to carry on where he left off. He has averaged 4.3 shots per game this season, which is more than any other player, and has scored eight of Liverpool’s 21 goals this season.

Brighton have also only kept two clean sheets so far whilst operating with an open style of play. Being on penalty duty puts him ahead of Mané in the FPL pecking order, in a team that looks likely to score every time they play.

The Manchester City captain has averaged 3.6 shots and 3.3 key passes per game this season. The return of key players for his side means his creativity should produce more goals soon. Also, City’s last three games against Burnley at the Etihad have ended 5-0 to the hosts. Points and a return to form should be a certainty this week.

The Portuguese midfielder will be looking to continue his productivity this time against Southampton at St Mary’s. His Manchester United side have impressed on their travels, winning every away game so far. They’ve also managed the most shots on target per game away from home (7.3).

He’s in good form too, scoring once against West Brom in the league and twice in midweek. The form of Southampton may deter a lot of managers from giving him the armband, though.