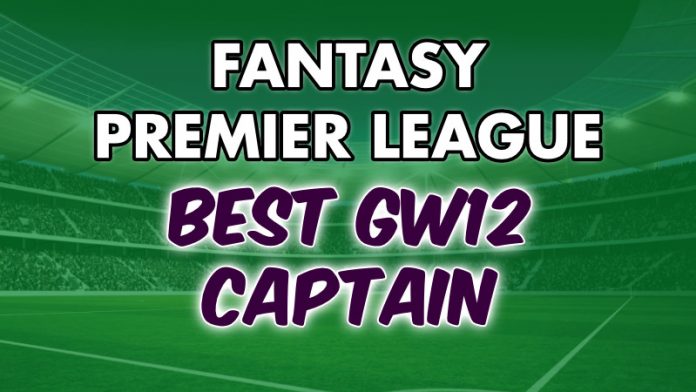 The captaincy decision is as important as ever in Gameweek 12 following last week’s bumper scores.

Kevin De Bruyne, Mohamed Salah and Harry Kane all hit double figures, but who will be the star of this week’s fixtures in what is proving to be an unpredictable season.

Following 8 goals in 11 Premier League appearances, FPL managers can no longer ignore the Leeds striker. He has been an increasingly viable option as the season has progressed.

Now, with a very favourable set of fixtures in Leeds’ next 5 matches, managers who don’t own him may start to be concerned.

The £6.2m forward has been given a 42% chance of scoring when Leeds host West Ham. With 70 points already this season he is keeping up with some illustrious company. It’s unlikely he’ll maintain the rate at which he has been scoring points but at such a cheap price he should at the very least be a strong consideration for selection, and even the captain’s armband.

Having guided Tottenham to the top of the table, Kane is in as good form as he has ever been. The Spurs captain is the top scoring FPL forward with 98 points and has only blanked on two occasions this term.

He’s proven to be a threat with both goals and assists, setting up 10 and scoring 8, averaging 3.7 shots and two key passes per game.

To add to Kane’s goal threat, Palace have conceded 13.3 shots per game this season, which is the fifth highest in the Premier League.

Every season Salah proves that he’s a must-own FPL asset, and this year is no different. The Egyptian has 9 goals in 10 league appearances and faces Fulham who have the second worst defence (21 conceded). Liverpool have been awarded four penalties this campaign and Salah has scored them all.

He is continually top of the charts in terms of shots and goals and will certainly get chances this week in a Liverpool team that doesn’t look like being stopped. That’s if he starts, however. With Liverpool playing Tottenham just three days after Fulham there are murmurings he could be rested with that game in mind.

Salah the most likely goalscorer in Gameweek 12 but are you willing to risk the captain’s armband on him? pic.twitter.com/gCLNjF5kKv

Son has 10 goals and 3 assists in just eleven matches. As a result, he became the first player to reach the 100 points milestone in Fantasy Premier League 2020/21. Seven of those ten goals have come in away matches this season.

The Korean has more goals than Harry Kane so far, and as a midfielder could gain extra points for scoring and for keeping a clean sheet, giving him a potential edge over his teammate. He’s in good form, scoring twice in the last three Gameweeks, and has outscored his non-penalty xG per shot by six.

Vardy was the hero last week for Leicester and for many FPL managers who gave him the armband following his last minute goal against Sheffield United. This week he’s up against Brighton who sit 16th in the table.

The Foxes create a lot of good chances and have the highest xG this season (13), making Vardy a stand out captaincy option. He has also scored five times from the penalty spot this season, the most of any player.

Interestingly Brighton have conceded the most penalties (six). They’ve also committed another league high 13.2 fouls on average per game.

The German has produced 7 attacking returns this season, 4 goals and 3 assists. He has the ninth highest xG in the league, 5.5, and comes up against Everton who currently have the fourth ‘leakiest’ defence (18 conceded).

The Toffees allow 12.5 shots per game too, which looks ominous against an impressive Chelsea. As the season goes on he should find some consistent form. With his pace, Werner is a threat against anyone.