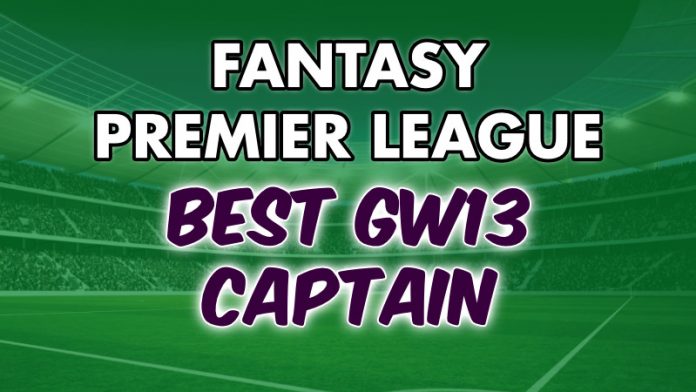 The first midweek round of fixtures in 2020/21 looks set to give FPL managers a headache over who to give the captain’s armband to.

As December is now upon us, selecting a reliable captain during the congested fixture list will be paramount if you’re hoping to see green arrows at the end of the week. This is a list of who we believe will be the best captain options for Gameweek 13.

De Bruyne is in good form at the Etihad, getting an attacking return in each of the last three home games (one goal, four assists). The Belgian faces West Brom who possess the worst defensive record in the league (25 conceded). They have only kept two clean sheets this campaign, none away from home, and have the worst defence in away matches too (13 conceded).

With Pep as manager, there is always the slight risk of ‘pep rotation’ striking, but KDB has proven to be undroppable when fit.

Bruno Fernandes is considered to be the king of away performers. 56 of his 83 points in 20/21 have come in away fixtures, including five goals and five assists.

Manchester United also have the most away points with 15 being won on the road. He’s up against Sheffield United who are yet to win and yet to keep a clean sheet.

He’s also added non-penalty goals to his game, scoring four from open play this season. All signs point to another Man United win, and should they be awarded a penalty, Bruno will probably take it, although Rashford has been taking some.

The top scoring forward in FPL is always a captaincy option, no matter who he faces. He has six goals against Liverpool in his career, including one in the same fixture last season.

Adding ten assists this season on top of his usually high goal tally has arguably made him a must-have. He’s outscored his xG of 7.36 with nine goals, which is one every 119 minutes.

The Spurs captain continued his good form with a goal against Crystal Palace and will look to take advantage of a Liverpool team plagued by injuries that has only kept three clean sheets this term.

His colleague, Heung-Min Son, is also a viable option. However, with Kane being designated penalty taker this puts him slightly ahead in terms of favourability.

Vardy is the most likely goalscorer in Gameweek 13 but De Bruyne at home to WBA will surely be the most captained. pic.twitter.com/CT5HSJPQE5

On paper, the Liverpool vs Spurs game should be the highlight of GW13. There is potential for goals for both sides but Liverpool are unbeaten at home in the league for over three years, making them firm favourites.

Salah is the key man for the Reds, he’s their top scorer, averaging 2.7 shots in the box per game. He’s very clinical too and with ten goals he has outscored his xG of 7.44.

From the spot, he doesn’t look like missing either, despite a questionable penalty conversion against Fulham. Three of his last four league goals have been penalties. At this point, the Egyptian’s quality is impossible to ignore as evidenced by his ever increasing 35% selection among FPL managers.

After notching his tenth goal against Brighton, Vardy has a 52% chance of scoring against Everton. He ranks highest in terms of xG per 90 (0.93), primarily due to the excellent supply he has in the Leicester midfield.

42% of Leicester’s goals have been scored by himself and he has only blanked on four occasions. Having scored in his last two, he’s also in great form, and is likely to continue that run. The striker is also on penalty duty.