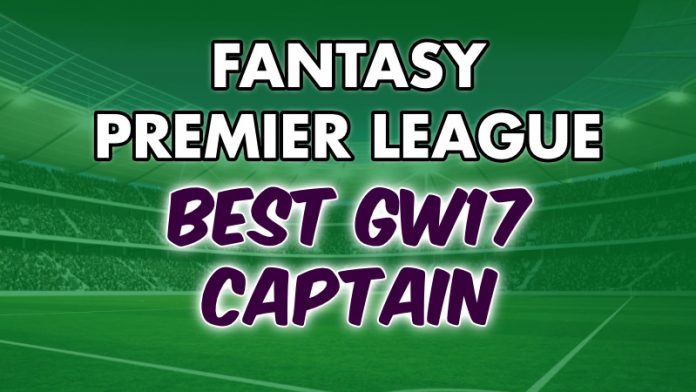 After a Gameweek ravaged by postponements, everyone will be keen to move onto GW17.

With further schedule changes to watch out for, a solid captain choice this week is more important than ever.

Make sure your captain and vice are from different fixtures, just for that extra layer of saftey. Here are the best choices.

Vardy is in decent form, scoring three in his last five starts and, after being rested against Palace, should start this GW. With the highest xG in the league (11.52) he is very clinical, with his eleven goals coming from just 31 shots.

In addition to this, Newcastle have conceded 15.3 shots per game, so if his teammates can create chances for him, he will score. He’s been key for Leicester this season, every time he’s scored this campaign, the foxes have won.

With nine goals and ten assists he’s the top scoring forward in FPL, scoring 113 points. He averages 3.7 shots per game this season, the most in the league. Providing 19 attacking returns this campaign, more than anyone else, he’s very likely to be involved in any Spurs goal this weekend.

He’s at home to Leeds this week, who have conceded 15.8 shots per game in away games and have conceded the most away goals (17). Despite him blanking in his last three, this could be the game where he recaptures his form.

The odds of Kane, the form of Fernandes or the fear of not captaining Salah? pic.twitter.com/YMCK8gCmhQ

The Egyptian had chances against Newcastle that on another day he would’ve scored, which is promising for this GW. He’s the top goalscorer with 13, with seven of those coming in away fixtures. He’s outscored his xG by 3.9, only Heung-Min Son has outscored his xG by a larger margin.

This week he travels to Southampton, who play a very aggressive game which involves a high line. Should Liverpool bypass the press, Salah will fancy his chances of getting in behind the Saints defence. With the hosts without a win in four matches, Salah could be rubbing his hands together at the thought of facing them.

His last minute assist against Wolves meant yet another attacking return for the midfielder, increasing his tally to 18 in total. He’s taken 3.1 shots per game, which for a midfielder is very impressive, with huge points potential should he score from those shots.

However, he’s not just supplying goals, he’s made 45 key passes and leads the league with 14 goal creating actions. The Portuguese midfielder is still on penalties, scoring four of them so far and only missing once.