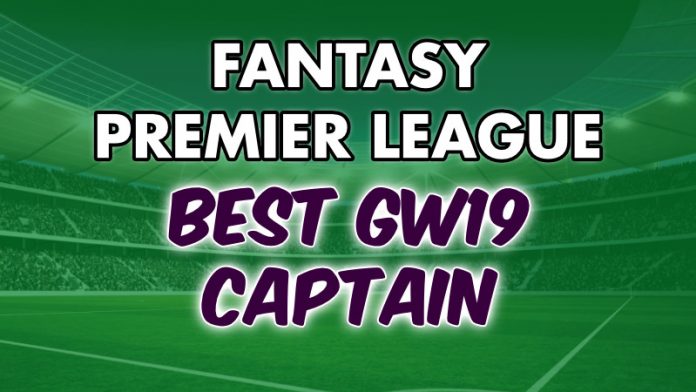 Gameweek 19 brings us our first double gameweek of the season, and that means a fantastic opportunity to maximise those FPL points.

With many teams playing twice, choosing the right captain is more important than ever if you’re going to capitalise on the extra points available. Here are some of the best options.

Despite not scoring in three matches, Salah is the top scorer in the league and has two home fixtures this week. Liverpool have the most points at home in the league, winning seven and drawing once.

They play Burnley in their second game of the week and only Sheffield United and West Brom have worse away records than the clarets. The Egyptian has attempted 3.4 shots per game, the second highest number for a non-forward, so will always try his luck when the opportunity presents itself.

Salah tops the charts in several stats this season, including goals per 90, making him arguably the premium option for DGW19.

Another player with two home fixtures this week is Leicester frontman Vardy. He has the highest xG in the competition (11.2) and has eleven goals from just 31 shots.

His first opponents are Southampton, who’ve only won once in their last five games. They utilised a high defensive line this season, which could allow Vardy to use his pace in behind. The Saints are expected to be without Danny Ings, who is self-isolating, so will lack their usual potency.

The Foxes also face Chelsea, who have four losses in their last six and haven’t kept a clean sheet away from home since GW9 against Newcastle. Vardy also has the most goals from penalties this season (6) and his opponents this week have conceded five between them, saving none.

De Bruyne got his ninth assist of the campaign against Brighton, and is the third most creative midfielder according to FPL’s ICT index. He’s likely to go up those rankings too as he produces 0.43 xA per 90 and has two home fixtures this week.

Up first for the Belgian are Palace, who have only taken five points from their last five games and have the league’s third worst defensive record (29 conceded). His other opposition are Villa, who have been self-isolating and therefore won’t be at their best.

City have conceded the least in the league (13) so KDB could be eligible for two clean sheet points. To further his claim for captain, he’s a goal threat too, having taken 52 shots, the third most, scoring three times. Also, due to Sterling’s penalty miss last time out, he could be back on penalty duties for the foreseeable future.

Bruno Fernandes is one of FPL’s best away performers, scoring 72 points on the road this season, including six goals and five assists. He has two away games coming up, one against the best home side in the league, the other against a team in the relegation zone.

However, Liverpool have only kept five clean sheets this season, two of which came at Anfield, and United have scored in all but three games.

Meanwhile, per 90, Fulham have an xG against of 1.5, so goals for United are on the cards and Bruno has been involved in 55% of his team’s goals this term. Alongside this stat, he takes 3.2 shots per game, so the midfielder remains another good option this week.

A left-field option for many, but the West Ham striker offers huge differential value this week, with just 5.2% ownership. Antonio averages a goal every three games this season and registers 2.1 shots per game.

With Sébastien Haller being sold to Ajax this week, Antonio is the only first team striker left at the club, so should start both matches.