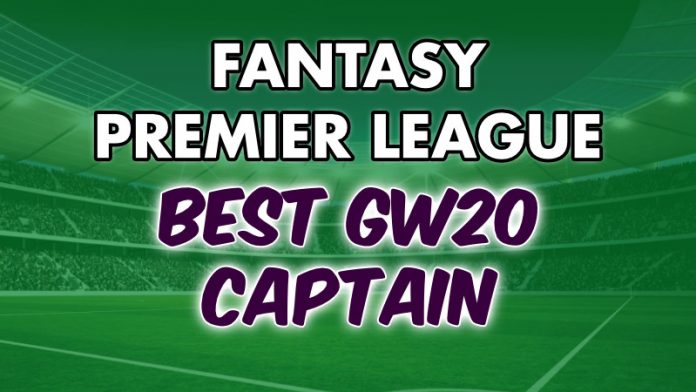 Gameweek 20 is seemingly a simple captaincy decision, if you have Bruno Fernandes that is.

If you’re not one of the 55% of FPL managers who do own him, then you may have a tough decision to make.

The Portuguese midfielder has been instrumental for United this season and has the most goal involvements amongst players in his position (20). Scoring 11 times this campaign Fernandes is one of the biggest goal threats, registering 22 shots on target and outscoring his xG (9.0) shows how clinical he is.

Also he’s creative, 57 passes into the penalty area is the league’s highest and United have scored 36 times this term, meaning Bruno can add to the nine assists he’s got already. He’s shown that he is a threat with set pieces too, scoring a well-placed free kick at the weekend.

Sheffield United looks like the perfect fixture for him, they’ve allowed 13.6 shots per game this season and have kept only one clean sheet. Many will place their trust with Fernandes this week.

Another United player on the list with their enticing home fixture this week is Rashford. He has the second most goals for United this season with seven in the league and has set up five goals too.

Rashford has been clinical in front of goal, with 20 shots on target and a non-penalty xG of 6.2. In the reverse fixture against Sheffield United he scored twice, as well as once last season.

Having been in better form than Martial this season, he is likely to start. That’s if there is positive news on scan ahead of Gameweek 20. As a result, it may be wise to look elsewhere for the captaincy.

Will anyone who owns Fernandes be captaining someone else? pic.twitter.com/PArNzX6ySL

The Egyptian is back amongst the goals after a brace in the cup against Man United and still remains a solid option. He still remains top for goals (13) and goals per 90 (0.79) so shouldn’t be written off after a dry few weeks.

He’s been clinical from the spot with five penalties scored but he’s also scored 0.49 non-penalty goals per 90. His record against Spurs is good, notching five times in eight games, who have only kept one clean sheet in the last seven games.

Kane has a great record against Liverpool, scoring six goals past them in his career. He comes up against an injury plagued back line that have only kept six clean sheets all season.

The striker has 23 goal involvements this season, the most of any player and has averaged the most shots per 90 (3.8). He also produces an attacking return every 70 minutes, making him the player most likely to score or assist in FPL.

With 11 assists this campaign he’s been Spurs’ most creative player, providing 11 through balls this season for teammates like Son to run onto. His opponent isn’t the easiest but one of the best strikers in the league can score against anyone on their day.