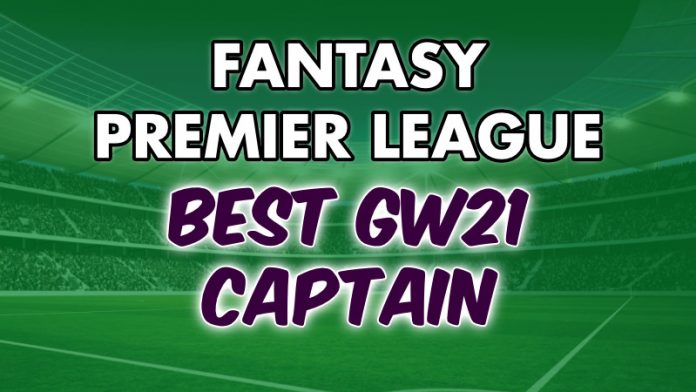 All signs point to Manchester City assets in Gameweek 21 for the captaincy, as they face Sheffield United at home.

But the decision isn’t that clear, as there are still some strong alternatives.

By now the pedigree of Mo Salah is known to everyone in FPL, even though he has no attacking returns since GW14. Despite this run of bad form he’s still the top scorer with 13 goals, providing four assists as well.

This weekend he faces West Ham, who have conceded 19 goals from open play whereas Liverpool have scored 24 the same way. The Hammers have also only kept three clean sheets and Liverpool have only failed to score on the road twice. His return to form is inevitable, and it could be in GW21.

With the absence of Kevin De Bruyne, the German has been influential in City’s rise to the summit of the table. He has seven goals in eight games and is on course to beat his best points total of 113 in 2018/19.

Also, he averages 0.6 goals per shot on target, taking 2.35 shots per 90, making him a great differential pick with 16.6% ownership. As always with Pep there is the risk of rotation, but Pep has confirmed he will start against Sheff Utd.

As Harry Kane has been ruled out with an ankle injury, Spurs need a new talisman. Son is the one to take the responsibility with his 18 goal contributions, the third highest in the league.

He’s been very clinical this campaign, with the highest goal per shot statistic in the league (0.35) and out of his 19 shots on target, 63% led to goals. Goals are not his only contribution to the team, providing 1.9 key passes per game and six assists this term.

His opponents Brighton have only three wins this season, none of which have come at home. They have five clean sheets this season, only two at home.

The Portuguese midfielder is in the middle of a bad run, not scoring in his last four matches. However, United have scored 24 times in ten away games where Fernandes has scored six and assisted seven.

He averages 1.2 shots on target per 90, scoring 0.27 goals per shot on target. Also, Bruno has been involved in 20 goals for the leagues joint highest scoring team (37 goals) so the likelihood of him being involved in a goal is high.