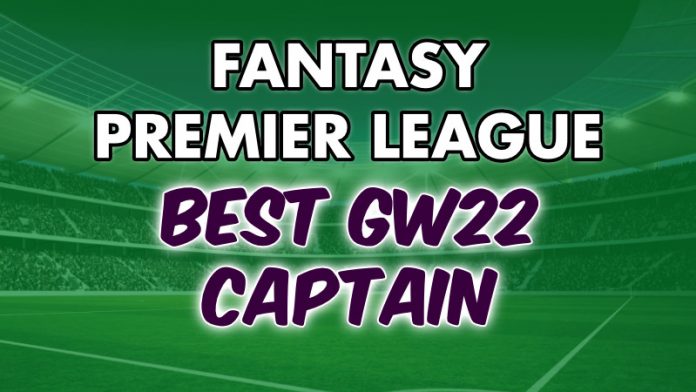 Gameweek 21 may have been a lacklustre week for captains, but another midweek set of fixtures brings new hope.

Those of you who own Fernandes and/or Salah won’t have too much to think about. Here’s how those two (and others) stack up against each other.

Mo Salah is the current top scorer in the Premier League with 15 goals. His brace against West Ham got him back amongst the goals.

Salah has scored five times against the Seagulls, who sit in 17th, and is being backed to score by the bookies again. He averages 1.42 shots on target per 90 and scores 0.38 goals per effort on target.

Due to the Reds’ recent upturn in form, combined with their great home record, there won’t be many managers passing over Salah for the captain’s armband.

The Portuguese midfielder may not have scored in five matches but his xG per 90 is still 0.48, just outside the top 10 highest. Bruno always offers a goal threat, taking 3.2 shots per game leading to eleven goals this season.

He faces an out of form Saints side with just one win in eight games, who also have a poor record against United at Old Trafford. Southampton also travel to Theatre of Dreams with a wafer-thin squad. This may even tempt FPL managers to side with Fernandes over Salah.

Due a haul sooner or later, he’s already hit eight double-digits scores this season. Could this be the week he gets back to his familiar ways?

It was always going to be hard to replicate last year’s 20 goal season, but Sterling has two goals in four appearances to take his tally to six overall.

Goals are very likely as City have scored 36 against Burnley in their last ten meetings and Sterling has put three past them in his career.

The England international is the club’s second top scorer (6) and takes 2.25 shots per 90. He also chips in with assists, recording four so far this term.

‘Pep roulette’ could lower his chances of points but he was rested against Sheffield United and we therefore give him a 70% chance of starting against the Clarets.

Anyone not captaining Salah or Fernandes? 🤔 pic.twitter.com/9kONdW9LtQ

Perhaps one of the surprise packages of the season so far, Bamford’s best ever season in the top flight has already brought him eleven goals. He tops the charts in non-penalty xG (10.6) and total shots (67), as well as being second for xG (11.4).

This is a product of Leeds’ relentless attacking style of play, scoring 35 goals in the league despite being mid-table. Additionally, he’s produced 12 goal-creating actions, so when Leeds do score he’s usually involved, as seen with his goal and two assists against Leicester.

Given the aforementioned choices we doubt there will too many managers giving him that precious armband but could be a popular pick as a differential choice of sorts.