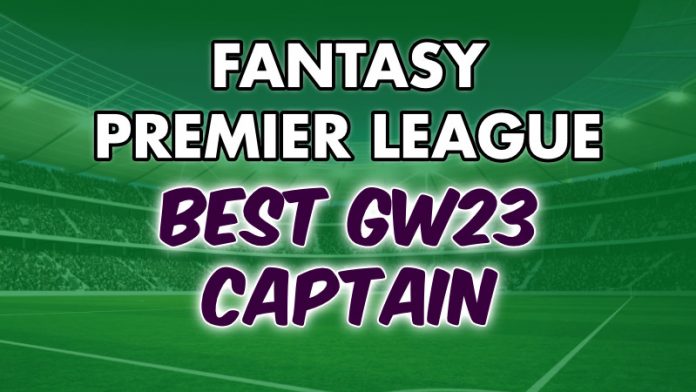 Bruno Fernandes was back to his usual best with his ninth double-digit haul of the campaign. Many FPL managers will be disappointed they gave the armband to Salah instead.

In Gameweek 23 there are no standout choice for the armband, it may be a case of who dares wins. Here are some potential candidates.

If there was ever a fixture to pin all your hopes and expectations on, it would be West Brom at home. First of all, the Baggies have the league’s worst defence, conceding 52 and allowing the most shots per game (16.2).

Son has 12 goals and 6 assists, scoring 0.6 non-penalty goals per 90 and, in the absence of Harry Kane, the Korean may be on penalties too. However, Kane could possibly play a part in the fixture, which would be a boost for both players as they have combined for 13 goals this season.

With his guaranteed start, Son is the only standout Spurs asset for now.

Fresh off the back of a goal and two assists in the 9-0 drubbing of Southampton, Fernandes is one of the best options in GW23. His 17 point haul makes him the highest scoring player this season, with 12 goals and 11 assists.

He is one of the biggest goalscoring threats from midfield with an xG of 10.4 from 67 shots, the second highest total in the league. Bruno has enjoyed facing Everton, scoring twice against them in the reverse fixture and once last season.

It should be noted that he’s scored the most penalties this season (6) and Everton have conceded four.

Fernandes and Son are the frontrunners for the Gameweek 23 captaincy… pic.twitter.com/n81TwwUIuv

In one of the biggest games of the season so far, Salah may be another solid option.

Despite City’s defence being resolute this season, the Egyptian has scored five times against them in his career, including in the reverse fixture this season.

Additionally, he’s the top scorer with 15 goals and especially enjoys playing against teams in the top half, scoring 11 times against teams in 12th and above. When you own a player as good as Salah, they can deliver against anyone.

Nevertheless, the likes of Son and Fernandes will understandably seem more attractive.

The return of Michail Antonio has done wonders for the form of West Ham, putting them in the hunt for European football.

Since his return to the starting XI in GW19 he’s scored twice and got three assists for his team. He is the focal point of their attack, highlighted by his 0.63 goal-creating actions per 90, the highest in the squad. Compared to the rest of the league, he’s fifth for shots on target with 1.36 per 90.

His opponents, Fulham, have lost their last three home games, where they’ve only accumulated six points all season. He’s a differential and if he delivers again, you could find yourself flying up your mini-league.