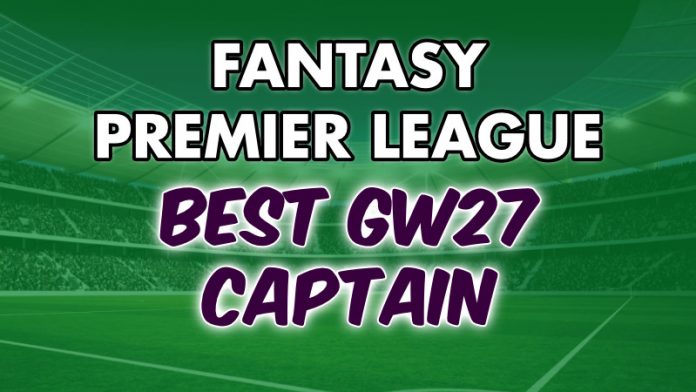 After an anticlimactic Double Gameweek for lots of managers we move straight into Gameweek 27, which includes two teams playing twice.

Manchester City and Southampton each have two fixtures, so all eyes will be looking toward their assets this week. Here are four worthy candidates.

There aren’t many Southampton players worth captaining right now, but the Saints top scorer is the exception. He currently sits on eight goals and 32 of his 41 attempts have been from inside the box, with 46% being on target.

In spite of the fact that he’s missed five full gameweeks he’s been involved in 35% of Southampton’s league goals (eight goals, three assists), with him in the team they could return to form.

That form could pick up against Sheffield United who have only kept two clean sheets, leaving them bottom of the table. Also Ings got an assist in the reverse fixture against the Blades who, for the most part, struggle against their opposition.

Even though he’s missed a chunk of the season the Belgian has put up great numbers nonetheless, scoring three and assisting 11 for his teammates.

City will likely gain the bulk of their points against the out of form Saints. Against Southampton he’s scored twice and has seven assists in seven games. However, the Manchester derby will likely be a much tighter affair. In addition, being one of City’s key players he’s more likely than most to play both matches.

Which Man City player is most protected from Pep roulette? 🤔 pic.twitter.com/uFFlah8JUI

For FPL players he’s been a revelation this year, costing just £5.5m at the start of the season. Firstly, he has 11 goals from just 37 shots (0.27 goals per shot) and averages an attempt every 42 minutes.

As well as scoring chances he’s also good at supplying them, creating a chance every 51 minutes. His opponents will provide ample openings for the midfielder.

United will possibly sit deep, allowing Gundogan to make runs into the box unmarked, and Southampton are out of form, conceding goals for fun recently. They’ve conceded an average of over three goals in their last six games, compared to city who have scored 2.83 per game in their last six.

It’s worth noting that the German only played eight minutes against Wolves, maybe so he could start the next two matches.

Captaining a Goalkeeper seems mad, but not if he plays for Man City. For instance, he has 15 clean sheets, the league’s most, and has only conceded 0.62 goals p90, also the lowest. Not only that, but he has decent fixtures too. Man United have only scored once in games against the big six this season, and Southampton haven’t won since GW17.

We know he’s guaranteed to start both games, so we don’t have any rotation headaches. Interestingly enough, Pep has hinted that Ederson may be due to take a penalty at some point so this gamble is worth the captaincy alone. In short, he’s a very exciting choice.

The likes of Joao Canelo and Ruben Dias would be preferable captain choices but because of Pep roulette Ederson comes into the fray.