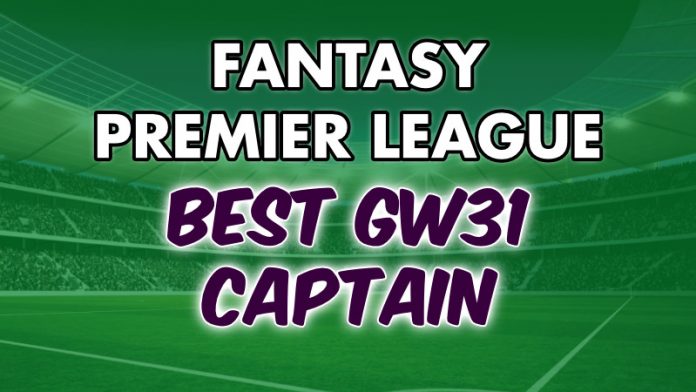 It was a week of unexpected scorers last time out, with Matheus Pereira’s four attacking returns earning him top scorer with 21 points. Nobody would have been expected to captain him but it shows the potential of the armband.

This week provides some appealing fixtures capable of producing returns for the game’s more popular assets, including home matches for Kevin De Bruyne and Mohamed Salah. Here are some players worth giving the armband to.

He is no longer top scorer despite scoring his first goal after five blank GWs in a row, but he still has 18 goals, averaging 0.67 per 90. Salah, who takes 3.14 shots per 90, faces Villa who’ve allowed 13.3 shots per game and in their last six games have conceded a shot on target every 27 minutes.

The visitors have struggled in recent weeks, in fact their win over Fulham was their first in five games. Scoring against Real Madrid in midweek could be the additional boost he needed to return to his early season form.

Arsenal’s top scorer this season with 11, averaging 0.58 goals per 90, the fourth best in the league. He is always accurate in front of goal, he manages 1.21 shots on target per 90 and 62% of his shots have been on target, the third best in the league.

His opponents, Sheffield United, have conceded 52 times and are all but relegated. The Frenchman in particular will be one of the main threats on Sunday and could be a great differential captain.

With nine goals he is top scorer for the Saints and could be back to his best after a goal and assist against Burnley. It’s always wise to target West Brom fixtures due to their leaky defence, conceding more than any other team (59).

Southampton return to full strength and will be confident of back-to-back wins so Ings could be a good pick this week, taking 16 points from games where their talisman has scored.

Ings has been involved in exactly a third of Southampton’s goals, despite missing seven league games, and without a doubt will be involved in many more.

Who’s getting your captain’s armband for Gameweek 31? pic.twitter.com/PZAzmqW67H

He faces Leeds, who’ve conceded 16.2 shots per game and concede 2 goals each game on average on their travels. On the other hand, City take the most shots overall (15.4 per game) and average 2.25 goals at home. With a Champions League second leg on the horizon, Pep will rotate, but KDB seems more rotation proof and will therefore be expected to start in GW31.