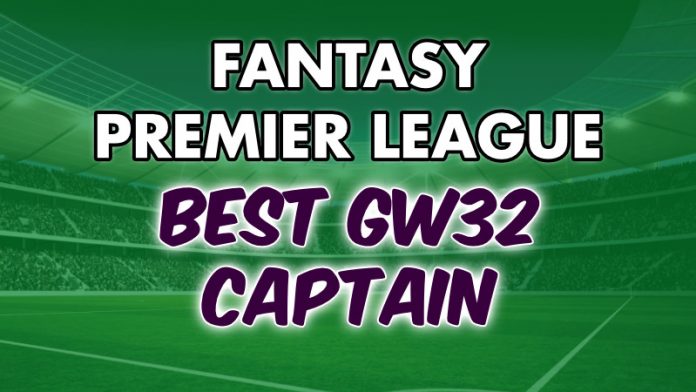 Gameweek 32 includes a DGW for Spurs, meaning this week there are two absolute standout choices for the armband, Kane and Son.

However if you don’t own either of the pair or you just fancy mixing it up this week there are two stellar alternatives.

Scoring six in his last seven, Kane is the most notable choice this week. He’s joint top scorer with 19 goals as well as 13 assists, averaging 1.13 goals and assists per 90.

Everton’s home record only ranks them 14th in the home table, losing seven of their 15 matches at Goodison and with Kane’s record of ten goals in 12 against the Toffees, things look ominous for them.

Also he has ten goals against Southampton, including one in the reverse fixture where he claimed four assists. The Saints also have the second worst defence, conceding 56, and have lost seven of their last eight away matches. Additionally he’s scored four penalties, making him more likely to score than Son.

Most will look to captain Kane this week, but the Korean is just as good of an alternative. He scored four earlier in the season when facing Southampton and has ten goals against them in his career, as well as three against Everton.

Overall, he’s third for goal contributions, 23 altogether (14G + 9A), scoring one out of every four shots this term and the extra goal point could prove vital this week. Not only is he a goal threat, but he has also provided 58 key passes, mainly teeing up Harry Kane.

Despite just one fixture this week, the Egyptian is a solid choice with a 55% chance of scoring. He’s joint top scorer with Kane and netted a hat-trick in Liverpool’s last meeting with Leeds.

Liverpool’s away form has been better than their form at Anfield, with Salah scoring 11 out of his 19 goals on his travels and could take advantage of Leeds’ expansive style.

Also there’s a selfishness to his game, as he takes 3.32 shots per 90 and has the third most on target (36), which is why each season he continually grabs 20+ goals.

Kane and Son are must-haves for Gameweek 32… pic.twitter.com/XFGv68Q0qg

16 goals from midfield, coupled with 13 assists, have helped him to being the highest scoring FPL player this season, averaging a return every 91 minutes. He has the most key passes (86) out of anyone in the league and has the highest xA as well (10.2).

Burnley have the fourth worst away record in the league, losing eight out of 15, although they did pick up a 2-0 win at Old Trafford last season. It’s worth noting that he’s also scored the most penalties this season (8) for the team that’s won the second most this season (9).