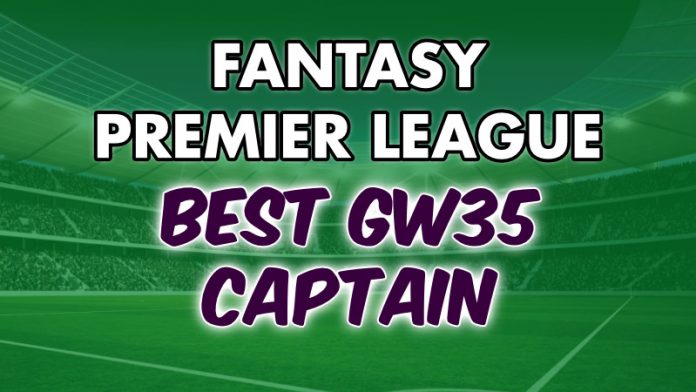 This week we are met with something rarer than a Harry Kane blank, a triple gameweek.

A fantastic opportunity to claim huge points if you choose the right captain, and thankfully the insane number of fixtures makes that decision a lot easier. Here are the best options this week.

A triple-gameweek is upon us!

Which 3 United players do you most want for FPL Gameweek 35? 🤔

When you’re gifted with a triple gameweek it would be a crime not to captain this man if you owned him. His 16 goals and 13 assists has seen him register 0.86 attacking returns per 90.

Villa are his first opponents, who haven’t kept a clean sheet since GW27, before tougher games against Leicester and Liverpool.

He’s provided the most passes into the penalty (90) and if he lines up alongside Cavani, the chances will turn into assists. He has dispatched eight penalties this season, more than any other player, and is facing sides who’ve conceded 18 combined.

Having been one of the best all season, he should be the most captained this week.

However, with games piling up he may not start all three, but should definitely play against Liverpool and, as he’s crucial to the team, plenty of minutes in the other two.

Another United asset in contention, who stands as a great option for those who can’t afford Fernandes. He averages 3.18 shots per 90 and is very affordable, costing just £7.2m.

He’s United’s most in-form player, with five of his seven returns this season coming in his last four matches. Last season he scored in the same fixture against Villa, whose defence hasn’t been solid for weeks now.

As with Fernandes, it’s unlikely he’ll play all three games, but he’s likely to play most minutes, some of which may be upfront to allow Cavani to rest.

Whilst everyone flocks towards United players, Mo Salah quietly remains one of the best options, playing twice. One fixture that stands out is Southampton, who’ve conceded 59 times and possess the worst away defence in the league.

He’s Liverpool’s most influential player, with his 20 goals making up 36% of the team’s goals, the most in any team. Only Harry Kane has taken more shots than the Egyptian’s 98, with 38% of those hitting the target.

Liverpool have only lost three games away from Anfield and travel to Old Trafford for their second match of the week. They’re unbeaten United in their last five league meetings.

The Nigerian can’t stop producing, with returns in seven of his last eight taking his numbers to ten goals and two assists for the campaign. He has the most goals per 90 in the league (0.78) which have all been from open play.

Newcastle are the first team he will face, with a 52% chance of scoring against them, before facing Man United which could suit Leicester’s lethal on the counter-attacking abilities.

The striker is a differential captain, as most will go for Salah or Fernandes, but based on his recent form he’s right up there with the best.