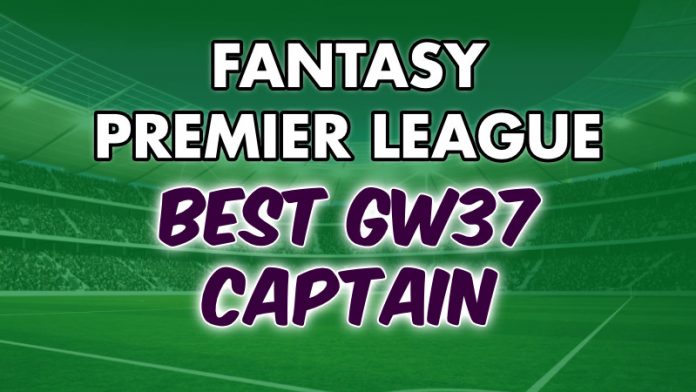 It’s crunch time in the Premier League as we enter the penultimate gameweek of the season. There’s still plenty to play for, with the top 4 battle for Champions League places going down to the wire.

With that in mind, it’s likely we will witness a dramatic end to proceedings, meaning that picking the right captain at this stage of a season vital. Here are four possible picks.

How far are you behind in your mini-leagues and what risks will you be taking to get on top?

The Egyptian is currently tied in the race for the Golden Boot with Harry Kane, both on 22 goals each, and will be determined to win it for a third time.

This week he’s away at Burnley, and Salah has more goals in away matches than any other player (13) after scoring against West Brom. That goal makes it five in his last seven matches, unsuprising as he’s attempted the second most shots this season (110).

Liverpool’s away form is encouraging, winning their last five when Salah has started. By comparison, Burnley have only won four at home all season, last beating Liverpool there in 2016.

After grabbing another goal against Wolves, Kane has moved onto 22 for the season. His battle with Salah for the Golden Boot is heating up.

Kane has averaged the most shots per 90 (4). 36 games into the season he is incredibly averaging over one return per 90, making him a top pick every week.

His record against Villa is impressive, scoring seven in seven, including one in the return fixture. They play at home, and only Man City have a better home record than Spurs this campaign.

His first full season in England has been breathtaking, providing both goals (18) and assists (13).

He’s the leader in several chance creation stats. Topping the charts for key passes (93), shot-creating actions (163) and goal-creating actions (26). Additionally, he’s second for goals/assists per 90 with 0.87 returns per 90.

This week he faces already-relegated Fulham, who’ve lost seven of their last eight, and United’s outstanding quality could prevail. Also, he’s scored the most penalties (9) whilst Fulham have conceded seven.

Greenwood was exhilarating in the triple gameweek, scoring twice and earning 19 points. The youngster is in tremendous form and is now on seven goals for the season, six of which have come in the last seven gameweeks.

Despite only starting 20 games his stats have shown he’s been a threat, taking 3.31 shots per 90 and supplying 2.48 shot-creating actions per 90.

United play at home and on his last two starts at home he’s scored three goals, which is better than Fernandes at Old Trafford.

Whether you can’t afford Fernandes or just want a differential captain, Greenwood is one of the best options at just £7.3m and has just 10% ownership.