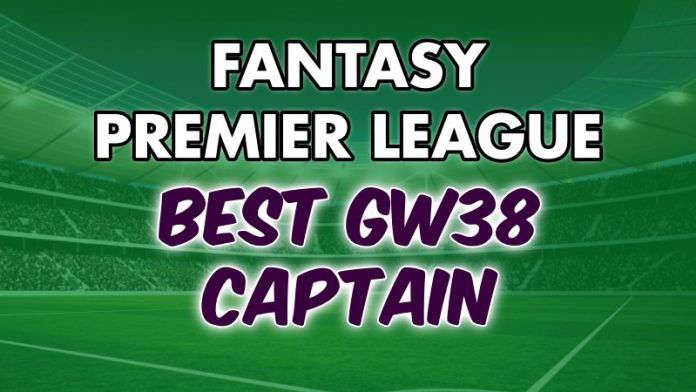 It all comes down to this, the finale to the Premier League season. The final day is known to throw up unexpected results and plenty of drama, so we’re hoping for the same this year.

Managers will mainly be split between Mo Salah and Harry Kane, as the pair battle it out for the Golden Boot, but there are some other great alternatives. Here are five of the best picks.

On the final day the Egyptian will be attempt to outscore Harry Kane, as both are tied on 22 goals.

His opponents are Palace who have the third worst defence, conceding 64 times this season. There is also the added incentive of a top four finish plus the return of fans to Anfield will give him a huge boost.

16 goals in the Premier League is more than anyone was expecting of Bamford this season.

He’ll face West Brom this weekend, who have conceded the most goals (73), and will look to finish with even more goals to his name.

He’s ranked fifth for attacking returns (23) and has attempted the fourth most shots (103). Bamford is the focal point of this Leeds team, vital to the way they play producing 18 goal-creating actions.

He’s also playing for a place in the England squad this summer, adding some motivation this weekend.

Scoring ten and assisting five this campaign, Antonio has been a real handful for defenders.

He has the highest non-penalty xG per 90 in the league (0.54) and will look to add to that as the Hammers push for the Europa League.

They face Southampton, who’ve conceded the most goals on the road this season (40), keeping no clean sheets in their last six matches.

It’s also worth noting that after Declan Rice’s missed penalty against West Brom, Antonio mentioned he’s now on penalties in the post-match interview.

Possibly the most popular captain this weekend alongside Salah, with the Golden Boot in his sights.

Over the season, Kane has proven to be more likely to produce attacking returns, averaging 1.05 per 90. In terms of xG per 90, he’s only slightly behind Salah with 0.6 but has the most shots on target (46).

This weekend is huge for Spurs, as they look to qualify for the Europa League, but it’s also important for Leicester. The Foxes have a chance to qualify for the Champions League but their form of late has faltered, which bodes well for Kane.

United’s top scorer has arguably been the player of the season, scoring and providing goals with 27 goal-creating actions to his name. His playmaking ability stands out above everyone else this season.

96 passes into the penalty area ranks him second behind Alexander-Arnold whilst only Messi has played more through balls than his 20 in Europe’s top five leagues. For a midfielder, his goal threat is phenomenal, with 18 goals and taking 110 shots overall.

However, there is a chance he’ll be rested for the upcoming Europa League final, so captain him with caution.