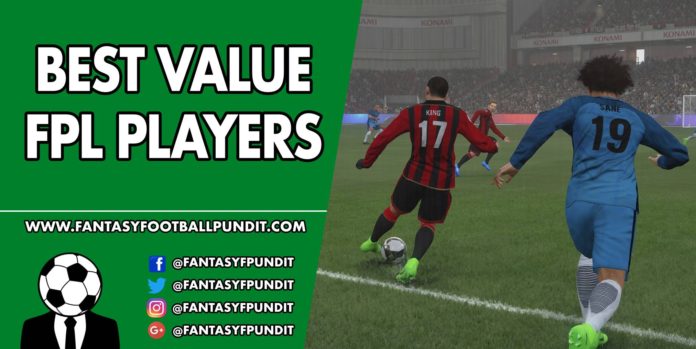 According to last season’s points and his price this season, Cahill is the best value defender. His points per £m is 27.4 due to his 6 goals and 17 clean sheets.

Somewhat surprisingly to some, Daniels is the second vest value defender with a points per £m of 26.8. This came from 4 goals, 3 assists and 10 clean sheets. Moreover, he has proven to be a consistent threat going forward also scoring 3 goals and providing 5 assists in the 2015/16 season.

West Brom kept fewer clean sheets than in each of the two seasons previous to this. However, McAuley’s 6 goals and one assist gave him a points per £m score of 26.2.

Azpilicueta shares the same points per £m total as McAuley with 26.2. Azpilicueta only scored the one goal and provided 5 assists. However, he provided such good value through his 22 bonus points which was the highest of any defender.

Alonso is the third Chelsea player in the top 5 of the best value FPL defenders. His points per £m total is 25.3. He scored an astronomical 5 goals and 6 assists from left back! The reason he isn’t higher than Cahill and Azpilicueta is he is priced £0.5 more and played fewer minutes than them last season.

Alli’s points per £m total is 23.7, 0.1 less than Capoue. This is because he scored 18 goals and provided 11 assists. Surprisingly to many FPL managers his price was announced at £9.5m which is why he provides such good value per £million.

The understated Eriksen is also priced at £9.5m. His total points last season was 7 less than Alli, 218. This is why he points per £m is only slightly under at 22.9.

Snodgrass scored nearly 75% of his points last season at Hull. He is currently priced at £6.0m in West Ham’s midfield. His excellent performances for Hull gave him a total points per £m of 22.2.

Despite being by far the most expensive midfielder in FPL Sanchez has still found his way into the top 5 best value FPL midfielders. His enormous 264 points give him a points per £m total of 22.0. His £12.0m price tag hasn’t been enough to deter many FPL managers. As of writing he is selected by 17.4%.

Despite playing for bottom club Sunderland, Defoe managed to be the best value FPL forward with a points per £m score of 20.8. He scored 15 goals, 5 of which were penalties. Defoe will likely be the penalty taker for new club Bournemouth.

Defoe’s likely partner, King, scored a points per £m score of just 0.4 less with 20.4. He has increased in price by £2.0m and is now listed as a forward. The fact he appears second on this list shows just how good value he was last season.

Vokes is a player that will have gone under the radar for many FPL managers. His price of £6.0m gives him a points per £m score of 20.2. Furthermore, he only played 2,064 minutes last season so there is scope for improvement.

Deeney is proving to be a consistent performer in the Premier League. Combine this with his points per £m score of exactly 20.0 and he should certainly be on the radar for FPL managers. On top of this he takes all Watford’s penalties.

There is strong speculation Costa won’t be playing at Chelsea this season. We will assume for the moment he is though. His 3rd highest points tally among FPL forwards gives him a points per £m total of 19.6. If he stays at Chelsea and no other strikers come in then there is little doubt he will be one of the top forwards again this season.