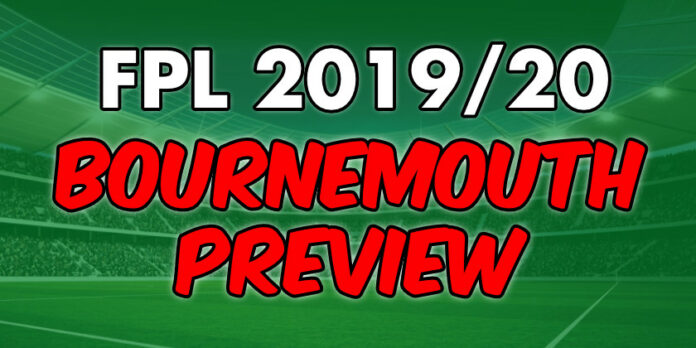 Bournemouth players are under heavy consideration from FPL managers due to their attacking exploits last season. The likes of Nathan Ake, Ryan Fraser, Joshua King and Callum Wilson are all picked by more than 15%.

However, while their attacking stats make for good reading, their defence does not. The 70 Premier League goals they conceded in 2018/19 was the third worst, with only Huddersfield and Fulham conceding more.

Bournemouth are an interesting team though, and while their total goals conceded isn’t ideal, this didn’t affect their number of clean sheets. In fact, they still kept 10 clean sheets which was equal 8th best in the Premier League. This shows that they often conceded a lot of goals in single games. This is backed up by the fact they conceded three or more goals in 11 different games last season.

Fixtures are Making The Cherries Even More Tempting

Bournemouth start the Premier League season with back to back fixtures against newly promoted sides. A home fixture to Man City follows but it should be noted that other than Everton, every club has a fixture against a top 6 side in their first 6 fixtures.

Over the first 6 fixtures, alongside the aforementioned Everton, Bournemouth arguably have the best run of any Premier League team. 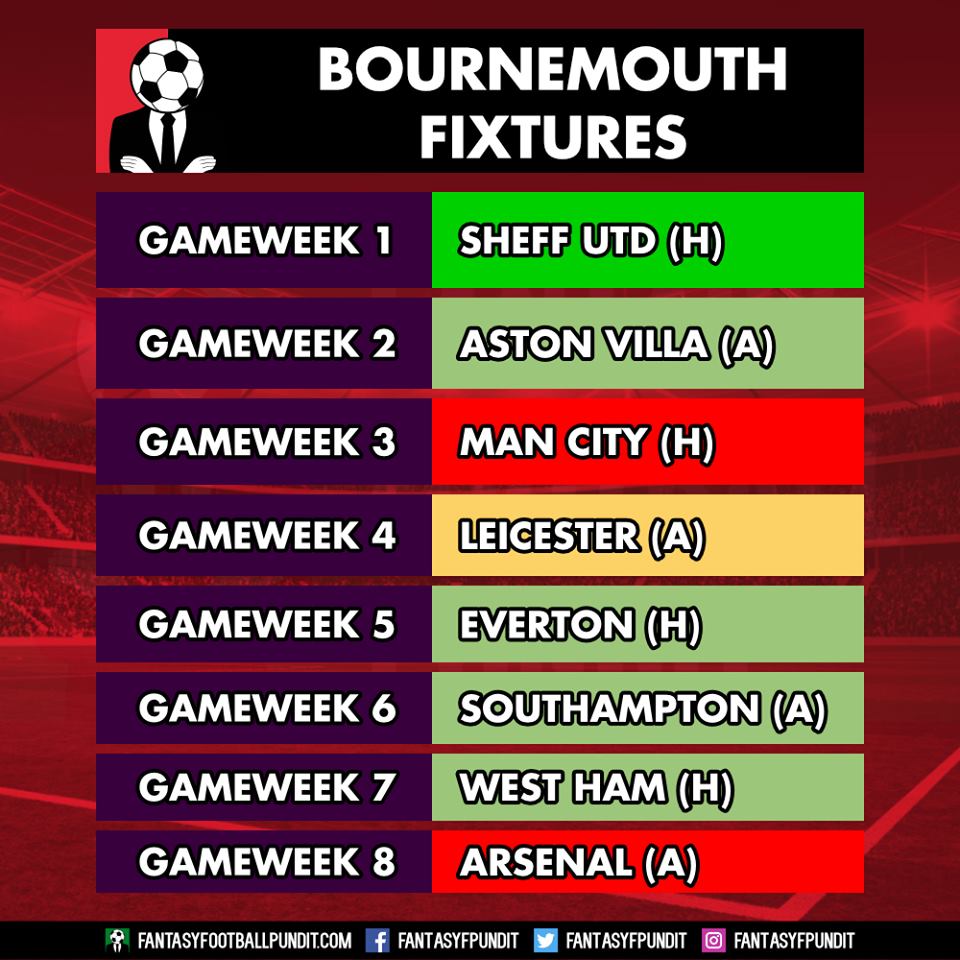 Bournemouth’s defensive woes have been made clear but is Ake (£5.0m) a justifable pick nonetheless? He seems nailed on to start and scored four goals last season. Understat have him as unlucky to do so though, with his expected goals, and assists for that matter, higher.

In addition to his individual threat, it seems reasonable to assume Eddie Howe will have his team more defensively astute this time around. Elsewhere, if you’re looking for a budget defender, Diego Rico may be a £4.0m defender who will start.

Is Fraser a Must Pick?

Fraser (£7.5m) was arguably the biggest surprise package in last season’s FPL – scoring 7 and assisting 14. The diminutive winger will have exceeded the expectations of even his biggest advocates.

Due to those stats, his ICT index per min per £ (yes that does sound a little complicated) is second among all players behind James Maddison. For those who don’t know the ICT index is, it combines the creativity, influence and threat metrics to create one index score.

Based on this, he is a must pick, but that is providing he can get close to those mightily impressive returns he accrued last season.

Some will be looking at David Brooks as another option but while he is priced at £6.5m (£1.0m cheaper) his stats are inferior to the Scotsman across the board, even when value is taken into account. Since then, the Welshman has been ruled out with an injury.

King (£6.5m) has provided consistent FPL returns over the last three seasons now, having scored 36 goals across them. His latest season saw him score 12 and assist three.

He is already a popular pick with a 19.5% selection. It also worth noting that the Norwegian will likely be on penalty duties.

The natural comparison to King, is Wilson. He scored 14 goals as well as providing 12 assists on his way to 168 points. As a result, his price has rose to £8.0m.

This new price tag hasn’t put FPL managers off though because as of writing he is picked by 22.0%.

The King vs Wilson conundrum is one many are dwelling over but this comparison between the two should help you out. Wilson looks the more certain starter too, with Dominic Solanke lurking in the background.

Bournemouth Lineup to Start The Season

Bournemouth start their Premier League campaign against Sheffield United at home. Their predicted lineup will be available on our Fantasy Premier League Team News page in the coming days.