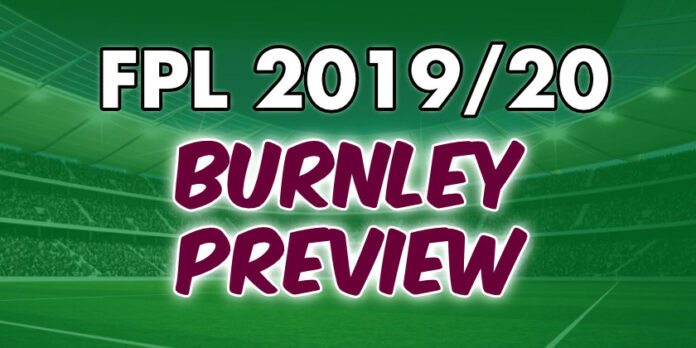 Ahead of the 2019/20 season, Burnley players aren’t popular Fantasy Premier League assets. Their most picked player is Tom Heaton (£4.5m) at 4.4% which could be down to their tricky opening fixtures or that they are one of the favourites to be relegated.

Despite a good campaign for the Clarets last season, comfortably avoiding relegation in the end, FPL managers on the whole aren’t interested in them. They did however, finish 7th the previous season.

While their home and away form was relatively similar in the last campaign, it has varied spectacularly before that. In 2017/18 they had the 6th best away form in the Premier League and the 19th best in the year before that.

As this was over a year ago though, we wouldn’t put much weight to it.

While Burnley start the season at home to Southampton, an ideal fixture to kick off their Premier League campaign, the following three are far from what Sean Dyche would have wanted. Back to back away fixtures to Arsenal and Wolves, followed by Liverpool at home will certainly put FPL managers off.

The next three are against teams expected to finish in the bottom 5 but nonetheless their tough start will result in Burnley players not being popular picks. 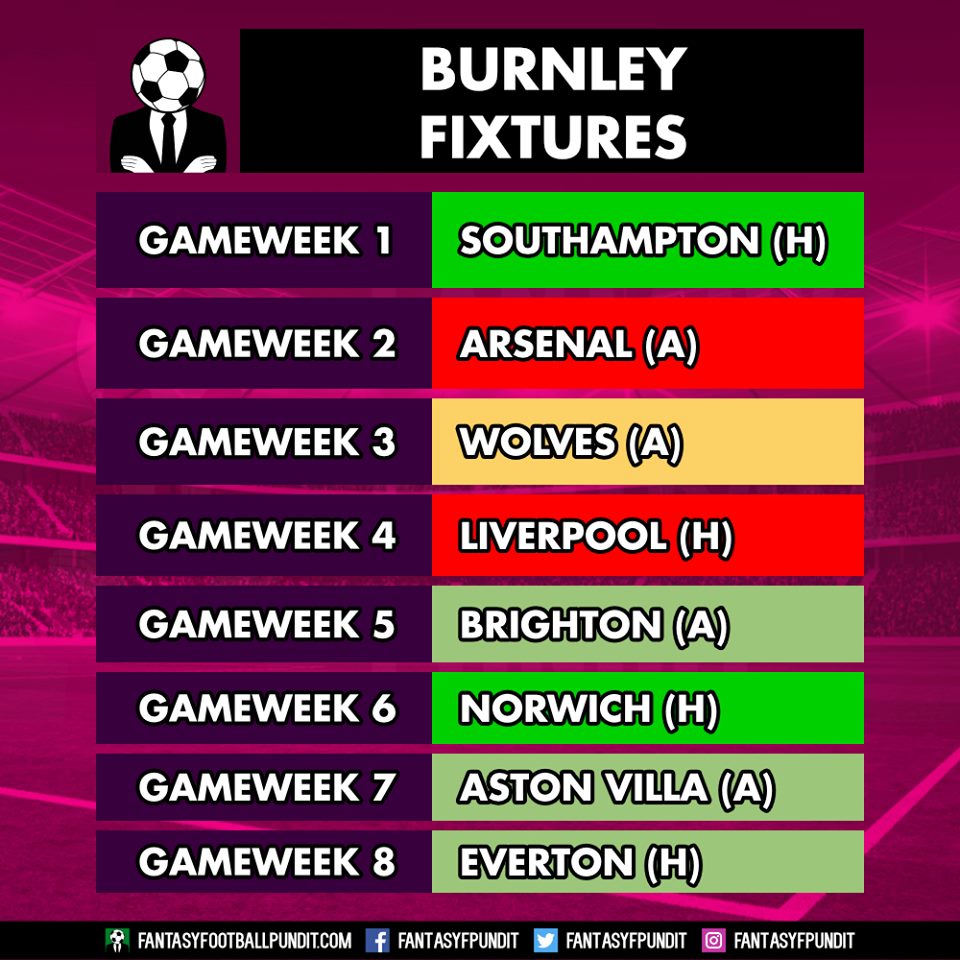 Burnley conceded an average of nearly 1.8 goals a game last season meaning their defence aren’t particularly appealing. This is evidenced by their current pick percentages.

However, £4.0m Ben Gibson does have an outside chance of starting, which would naturally provide a good budget defender. His pick percentage is currently 3.6%.

We would avoid Tom Heaton and Nick Pope until it becomes clear which will start the season.

Westwood and McNeil Worth Considering?

With that said, his price is on the high side at £5.5m which is probably enough to remove him from the discussion. He over-performed in comparison to his expected goals and assists, also.

Elsewhere, Dwight McNeil became a regular starter for the Clarets in the second half of last season. His three goals and four assists don’t sound great but when you consider they came over 1,590 minutes (21 appearances) it all of a sudden sounds a lot better.

The price makers at Fantasy Premier League don’t miss a trick though, and have priced him at a slightly high £6.0m. Being just 19 years old, these totals could yet be improved upon but to reap the benefits FPL managers will need to pay to find out.

There has been a lot of discussion in the FPL community about Chris Wood vs Ashley Barnes, and more to the point whether you should be on the “Barnes train”.

Maybe Wood was on Twitter last night and saw the Barnes hype because in the July 30 friendly against Nice, he stepped up and scored a hat-trick. The debate between the two is an interesting one as various statistics play in the favour of both.

For example, in terms of points over the last two seasons, points per game and points per £m, Wood comes out on top. However, when you consider Barnes scored 8 in his last 15 and started all of Burnley’s last 24 Premier League games it makes you think twice.

Additionally, unlike Wood, he scored less than his expected total, whereas Wood scored more. The New Zealander also seems a certain starter though, and the two will likely start the season together as a front two.

With all the talk of Barnes and Wood, some will think Jay Rodriguez is being overlooked. They could be right and it wouldn’t be a surprise to see him start the first game of the season.

The former West Brom and Southampton man brings something a bit different than Barnes and Wood and it is this that may see Dyche opt for Rodriguez.

While pre-season are certainly not the be all and end all, he did score a brace against Parma in 2-0 win – adding to the one he scored in the previous game against Nice.

While Barnes and Wood seem certain starters, there are a lot of questions surrounding the rest of the team. We will predict Burnley’s 11 on our Fantasy Premier League Team News page, along with percentages, as the Premier League kick off draws closer.