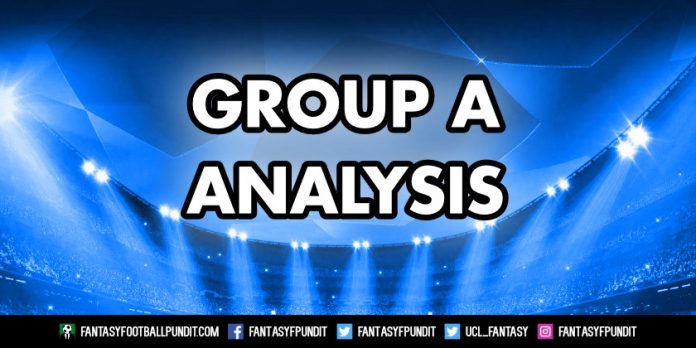 The official Champions League fantasy game for the 2020/21 season is already live. This is despite last season’s final having taken place in late August.

The first set of games, Matchday 1, starts on Tuesday, October 20th. This means there are less than two weeks for managers to finalise their teams.

Between now and Matchday 1 we’ll be analysing each group, discussing the fixtures and which players you should consider for your UCL Fantasy team. Here is our breakdown of Group A which consists of Bayern Munich, Atletico Madrid, FC Salzburg and Lokomotiv Moscow.

There are two clear favorites in Group A: Bayern Munich as the defending champions and former finalists Atletico Madrid.

Champions League Group A is going to be really tough if you’re not Bayern Munich or Atletico Madrid 😅 pic.twitter.com/PhCggVUgyO

Manuel Neuer and Jan Oblak come in as the joint most expensive keepers at €6.0m each. So if you don’t fancy a 2x €4.5m keeper rotation they both look like viable set and forget options with the benefit of facing underdogs Salzburg and Lokomotiv Moscow.

In defence Atletico’s options all appear to be at least €0.5m underpriced this season. Nailed on starter Felipe is only priced at €4.5m. Other picks, Renan Lodi, Kieran Trippier and José Giménez, who all also offer some form of attacking potential are €5.0m each. With fixtures against Salzburg, Lokomotiv Moscow (a) and Lokomotiv Moscow (H) from Matchday 2 onwards, doubling up on their proven defence looks like something to consider.

Bayern Munich defenders on the other hand are far from cheap. Part time out of position midfield asset Joshua Kimmich is priced at €6.5m. This makes him the joint most expensive defender in the game.

Alphonso Davies’ strong recent showings earn him a price rise to €6.0m. While David Alaba sees his price dropping to €5.5m after spending most of last season at centre back. Out of these picks, Kimmich had the strongest 2019/20 UCL campaign, returning two goals and three assists.

Further up the pitch Serge Gnabry and Thomas Müller at €10.0m each, are the most expensive midfielders from Group A. With four attacking returns for both of them in the recently started Bundesliga season, they already live up to their hefty price tags.

New Bayern signing Leroy Sané comes a close 3rd with €9.5m. He is currently injured and far from certain to start the opening tie against Atletico. Other notable midfielders from the top teams are Atletico’s João Félix at €9.0m, Ángel Correa at €7.5m and the reliable Koke at €7.0m.

Keep in mind, Atletico started the season with a convincing 6-1 victory against Granda. Following this though, they had back-to-back 0-0 draws.

Looking at forwards from group A, there is no denying that Bayern’s Robert Lewandowski is the stand out option. Priced as the joint most expensive player at €12.0m, last seasons’ UCL top scorer has already found himself on the scoresheet five times in the opening three Bundesliga matches.

Elsewhere, Luis Suárez (€10.5m) also caught the eye scoring twice on his Atletico debut. However, with an away trip to Bayern in week one, there may be better forward options around.

Is there anything Lewandowski isn’t top on 😅

Stick to Bayern and Atletico

Regarding the other two clubs in Group A, Salzburg and Lokomotiv Moscow, you should be hesitant in investing in either of their goalkeeper or defending assets. Salzburg did have some great performances last season but that was with the now departed Erling Haaland.

If you really want to take a punt for Matchday 1 you could consider Salzburg’s Dominik Szoboszlai for €7.0m or forward Patson Daka for €7.5m.

This is one of the more lopsided groups, so unless you’re desperate for a differential option, we’d strongly suggest sticking with Atletico defenders and Bayern’s attack. And if you can fit him in, Kimmich too.