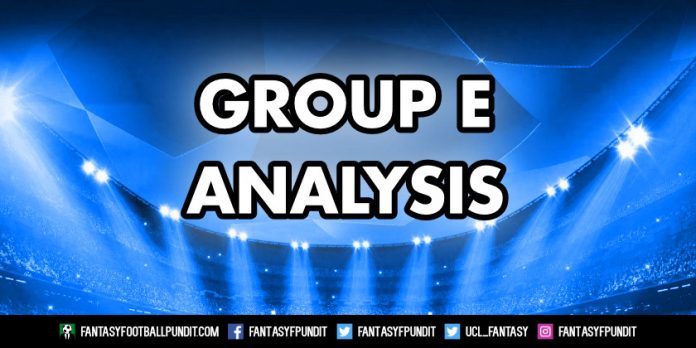 Champions League Group E may not be the most star studded but there are certainly some interesting differential UCL Fantasy options to analyse.

Sevilla and Chelsea look like the clear favourites in this group, while Rennes have a slight edge over Krasnodar.

There’s a lot of differential options in Chelsea’s attack.

Havertz, Pulisic, Werner and Ziyech all picked by less than 4%!

Starting goalkeeper Yassine Bounou (€5.0m) looks like one of the better picks for his position. With a run of games against Rennes (h), Krasnodar (h) and Krasnodar (a) from GW2 onwards, the chances for some clean sheets appear to be quite good.

In defence Jules Koundé should prove even better value at just €4.0m. With this pricing and the schedule stated above, he almost looks to be an essential enabler. That was until he tested positive and will now miss their opening fixture against Chelsea.

In midfield Lucas Ocampos is arguably Sevilla’s most creative. He does come at the expensive price tag of €8.5m, however. A cheaper alternative is Ivan Rakitic at €7.0m. He is the wrong side of 30 though, and only has five Champions League goals to his name.

Up front Luuk de Jong for €8.0m, Youssef En-Nesyri for €7.5m and Munir for €7.0m all look like viable priced options, although the guarantee of starts may be an issue with all of them.

Ben Chilwell comes in as the most expensive Blues’ defender at €5.5m, while almost all of the clubs other defenders have been priced at €5.0m.

In midfield Chelsea can offer a whole bunch of options. Christian Pulisic, Kai Havertz and Hakim Ziyech all cost €9.0m while the penalty taking Jorginho has been priced at €6.0m. Mason Mount and Callum Hudson-Odoi for €7.0m may also be interesting punts, with their gametime the biggest concern.

Forward Timo Werner looks like one of the most overpriced fantasy assets with a hefty €10.5m price tag, while Tammy Abraham costs €8.5m. Only one of these attacking players has a UCL Fantasy pick percentage of more than 4% – and that’s Jorginho.

The other two clubs in the group, Stade Rennes and Krasnodar face quite difficult matchups after there opening clash in week one.

Probably the most interesting week one punt of the two team might be Rennes striker Serhou Guirassy, who scored three times in the Ligue 1 so far this season.

Russian side Krasnodar do have some potential options, but with them being away in week one followed by games against Chelsea (h), Sevilla (a) and Sevilla (h), getting in one of their players may be a step too far.