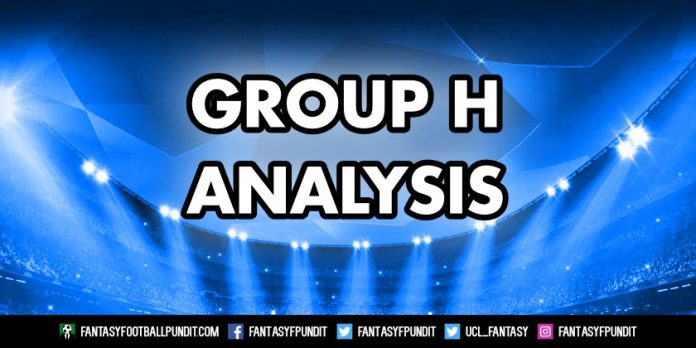 Champions League Group H is arguably the closest of them all. Consequently, some players may be less appealing for UCL Fantasy.

After reaching the final of last years competition, PSG are the favourites to progress to the next round, followed by Man Utd. However, Leipzig aren’t far behind.

Group H looks like a close one in #UCLFantasy.

Too close to consider Leipzig and Man Utd players? pic.twitter.com/dcyncZImZA

Not much value at the back

With such difficult matchups in Group H, expensive goalkeepers aren’t going to be high on UCL managers shopping list. Keylor Navas, David de Gea and Péter Gulácsi all come in at €5.5m.

In defence Paris options appear to be the best candidates to deliver points. Marquinhos, Thilo Kehrer and Presnel Kimpembe all cost €5.5m and will be expected to start.

Manchester United travel to France on Matchday 1 before hosting Leipzig on Matchday 2. Not only are these difficult fixtures for the group stage of the Champions League, they also come up against good attacking teams. In addition to their defensive form domestically, this makes Man Utd defenders not particularly appealing.

The same applies to Leipzig who have only kept five clean sheets in 25 European games.

Angel di Maria at €9.0m is the clear stand out option in midfield from this group, registering three goals and six assists during last seasons successful campaign. The Argentinian’s consistency is remarkable but it should be noted he is now 32. Nevertheless, set piece taking duties and a 4% selection rate, alongside a reasonable price, will certainly tempt Champions League managers.

At Manchester United there are the well known FPL assets, with penalty taking Bruno Fernandes being the most expensive one at €9.5m. Slightly cheaper are the likes of Marcus Rashford (€9.0m) and Mason Greenwood (€7.5m) who are dangerous alternatives. With a trip to PSG on Matchday 1, their selection percentage will be less as a result.

Only Neymar, Sterling and Mane are picked by less than 10% of #UCLFantasy managers…

Neymar and Mbappe are undoubtedly two players the majority of UCL Fantasy managers want. The only problem is they come at an expensive price – €11.5m and €11.0m, respectively.

Despite some tricky looking fixtures, investment in them might still prove to be a good call. Mauro Icardi (€9.5m) has also started the last four games in Ligue 1, scoring twice in that time but we probably can’t expect him to keep up with Neymar and Mbappe. Interestingly Neymar is selected by just 7%.

Back at Manchester United, Anthony Martial (€9.5m) and newly signed Edinson Cavani (€8.5m) are interesting alternatives. However, both could eat into each others minute. At this type of price this is something you can certainly do without.

Meanwhile, Leipzig’s forwards don’t look too great so far this season. The aforementioned Dani Olmo started the last game as an out of positon striker. Whether this equates to goals we’ll have to see but at €6.0m some managers will pull the trigger.

The fourth team in this group, Başakşehir face some very difficult matchups with Leipzig (a), Paris (h), Manchester United (h) and Manchester United (a) coming up. Needless to say, with the exception of a crazy differential, it is probably wise to avoid their players.