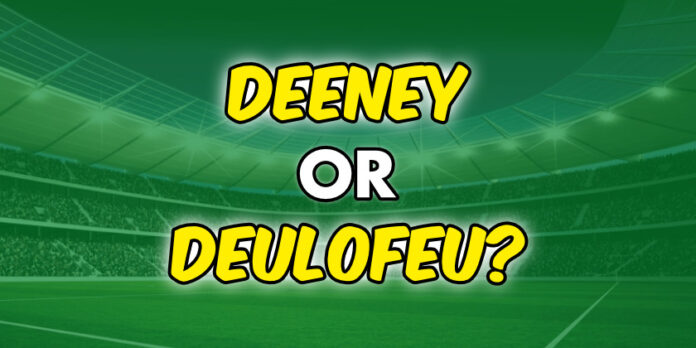 As FPL players tinker over their drafts, one budget forward that seems to feature frequently is Gerard Deulofeu. However, Troy Deeney may be the Watford striker that managers should be looking at.

One of the main reasons managers are picking Deulofeu is because of Watford’s favourable fixtures to start the season. According to FDR (FPL’s Fixture Difficulty Rating), their first 4 games score an average difficulty rating of 2.75. This is a decent start but looks even better when you see the actual fixtures on paper.

In Gameweek 1, they face Brighton at home, and in Gameweek 4, Newcastle away, two teams already predicted to be fighting relegation.

Following Brighton, they play Everton away, which is a tough fixture on paper. However last season, Watford scored 3 goals overall against Everton, drawing one match and winning the other.

In Gameweek 3, they play a West Ham side at home who, in 2018/19, had a terrible defensive record, beating only Fulham and Huddersfield in clean sheet totals. Therefore, it seems pretty clear you should want a Watford forward… but which one?

Watford start the season with some great fixtures and it is Gerard Deulofeu and Craig Cathcart who are currently the most picked. #FPL pic.twitter.com/SMUTWO9TuO

Deeney had an ICT index of 216.9, higher than most other forwards around the 6.5 million price point, including Barnes, Wood, Jota, Murray, Calvert-Lewin, and importantly, Deulofeu. ICT is a system FPL uses to measure a player’s influence on the outcome of a match, his ability to create goal-scoring opportunities for others, and his ability to threaten the goal himself.

Therefore, at least according to the ICT index, Deeney is one of the best budget forwards. Other stats also show Deeney’s dominance.

Deeney had the 3rd most xG (expected goals) last season among £6.5m or less forwards, ahead of Deulofeu. The Watford captain also had more shots in the box and big chances than his Watford teammate.

Perhaps Deeney’s biggest advantage over Deulofeu is his consistency. While Deulofeu is streaky, Deeney is better at giving you returns week in and week out.

Could VAR Have An Affect?

Another advantage Deeney has over Deulofeu is that Deeney takes penalties for Watford. Admittedly, it may be a rather small advantage. With that said, Watford were tied for the least amount of penalties won last year, with only 1, which Deeney converted.

So Which One – Deeney or Deulofeu?

While Deulofeu is a popular pick among the 2019/20 FPL Community, sitting at 11.5% TSB (as of the time of writing), Deeney remains a differential. Only 2.7% of FPL managers own him, behind almost all other budget forwards.

Based on those facts, it seems that Deeney is a much better budget forward than his teammate, Deulofeu, and many other options around his price point.