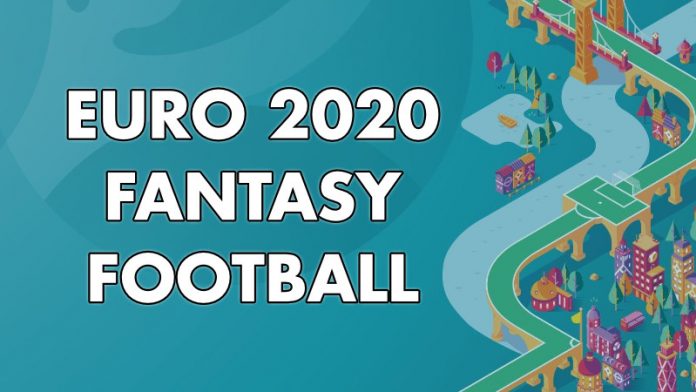 The break in between Premier League seasons often leaves fantasy managers twiddling their thumbs but thankfully this summer we have the EURO 2020 fantasy football to look forward to.

Who’s already made their #EURO2020Fantasy team?

And who’s leaving it until the last minute? 😅

Where to play the Official EURO 2020 Fantasy game

You can register and select your team for the EURO 2020 fantasy game by clicking HERE.

The first game of EURO 2020 kicks off at 9pm BST on Friday June 11th June. The tournament culminates exactly a month later on Sunday, July 11th.

Here is the full schedule broken down into ‘Matchdays’. These work similarly to ‘Gameweeks’ whereby you can make transfers between them.

How to play – rules

Most fantasy football managers are accustomed to the ruleset of Fantasy Premier League. EURO 2020 works a little differently and is very similar to that of the UEFA Champions League fantasy game.

Your squad, as expected, is based on 15 players. That’s 2 goalkeepers, 5 defenders, 5 midfielders and 3 forwards.

The real difference between EURO 2020 and FPL comes in how you manage your team in the middle of a Matchday.

Matchdays have fixtures divided across several days. In between these days you can make substitutions and change your captain.

So, for example, in Matchday 1 you could have 5 different captains. Once you change your captain, or make a substitution, this can’t be reversed, though.

That means having a viable captain for each day is a good strategy to implement. A mistake a lot of fantasy managers make in this particular format is changing their captain when they perhaps shouldn’t. If your first captain gets a hat-trick or even 2 goals, it’s probably wise to stick with them.

In the same vain it’s good to have your bench made up of players who are playing later in that Matchday. That way you maximize your substitution options and can take out any poorly performing players.

Top 50 in the world for UCL Fantasy so be careful 😛

Transfers can only be made between Matchdays and are limited as stated below. If you exceed the limit it will cost you 4 points per transfer.

There are also ‘chips’ to consider in the EURO 2020 fantasy game.

The first of them is the well-known Wildcard. FPL managers will know this chip allows you to make as many transfers as you want without any points penalty.

The second chip is ‘Limitless’. This is also a form of Wildcard but applies for one Matchday only, and then your team is reverted back to what it was beforehand. Unlike the traditional Wildcard though, the Limitless has no budget constraints, so you can pick absolutely any team you want (number of players per team permitting of course).

We’ll be diving into the optimum strategy for using these chips in the coming days on the Fantasy Football Pundit site.

Again, scoring points is similar to FPL but is more in line with UCL fantasy. The full list of point-scoring actions can be found on the official EURO 2020 rules page.