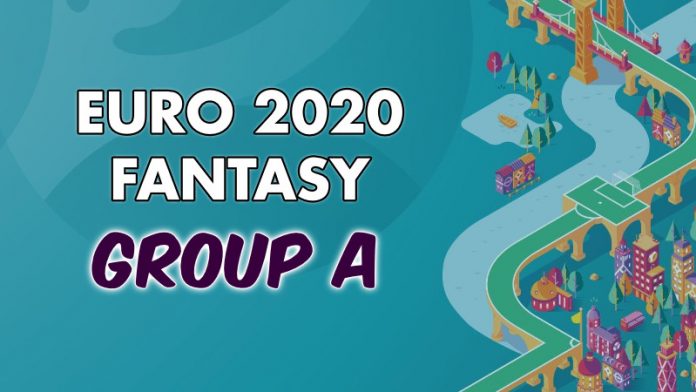 EURO 2020 Group A consists of Italy, Switzerland, Turkey and Wales. Italy are firm favorites but all teams are more than 50% to qualify.

To qualify from Group A

Best players from Group A

Despite Italy’s standing they don’t really have any ‘must-have’ players. Combine that with the relative openness of Group A and you can certainly pass on many of their assets.

However, Federico Chiesa is one name that draws attention to it. His €7m price tag seems more than reasonable considering he has 9 goals and 8 assists in Serie A this season.

The only question is whether he will start. The likes of Lorenzo Insigne, Federico Bernardeschi and Lorenzo Pellegrini have played more of Italy’s most recent games.

While all big differentials, Bernardeschi and Pellegrini don’t have the stats to warrant inclusion unless it is a true differential choice. Meanwhile, Insigne has had a fantastic season, scoring 19 and assisting 8 in the blue of Napoli. He does come at a higher price of €8.5m, though.

Consequently, should we get more information that Chiesa will indeed start he is seemingly gli Azzurri’s most attractive pick. Insigne is the safer option but has a ceiling. Conversely, Chiesa is still developing and EURO 2020 could be a true breakout tournament for him.

Elsewhere, Immobile is all but certain to be Italy’s starting striker. He had yet another fruitful season scoring 20 and assisting 6. He is rather costly at €10m, though. It should be noted he took, and scored, Italy’s latest penalty kick.

Bluntly put Switzerland don’t have many appealing EURO fantasy options. Their two main strikers – Haris Seferovic and Mario Gavranovic – are on the pricey side at €8.5m and €7.5m respectively.

Shaqiri at €7m will tempt so managers. However, his form hasn’t been good and it’s likely those picks are based on name value alone.

The one plus point for picking a Swiss player is that all of them are differentials. Their goalkeeper, Yann Sommer, is their most picked player at 3%.

Burak Yilmaz is undoubtedly the focal point of Turkey’s side. This is reflected in his €8m price tag and 13% selection. He is 35 now though which will understandably put a lot of managers off.

Caglar Soyuncu is arguably Turkey’s most recognisable player following a solid Premier League season. He is a certain starter for Turkey and is picked by 7%. Again though, this is probably inflated due to name value. Turkey have kept just 2 clean sheets in their last 10 matches.

To the surprise of nobody Gareth Bale is Wales’ most picked player at 5%. He costs a seemingly reasonable €9.5m and is listed as a midfielder.

It’s a tough group for the Welsh and if they are to pick up a couple of wins Bale will likely have something to do with it. Encouragingly his form, and fitness, looked better towards the end of the season. Maybe EURO 2020 is coming at the perfect time for him.

An alternative to Bale is Daniel James. He will be raring to go given his limited minutes in a Man Utd shirt this season.

He has scored twice in his last 3 international appearances. At €6.5m he will likely attract some interest as the Matchday 1 deadline draws near. Additionally, he looks a certain starter.