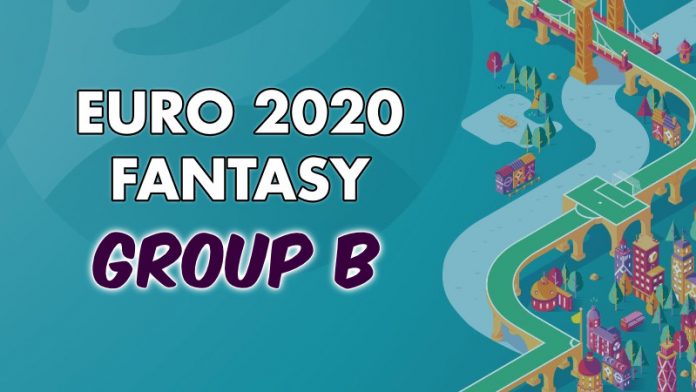 EURO 2020 Group B consists of Belgium, Denmark, Russia and Finland. It will come as no surprise that Belgium are favorites to top Group B.

To qualify from Group B

Best players from Group B

Kevin De Bruyne and Romelu Lukaku are unsurprisingly Belgium’s most picked players. There will be concerns about the former’s fitness though, following the Champions League final.

De Bruyne had yet another fantastic season contributing 6 goals and 12 assists in the Premier League. Meanwhile Lukaku had the most goal contributions in Serie A – scoring 24 and assisting 9. He is second favorite to win the EURO 2020 golden boot behind Harry Kane.

Elsewhere, Eden Hazard, listed as a €10m midfielder, will tempt some managers. His Real Madrid has obviously been poor but picked by only 4% he is currently a big differential.

Given Belgium are one of the competition’s favorites managers will want have to coverage beyond the obvious players. The pick of their defence is arguably Timothy Castagne. He is picked by only 7% and at €5.5m we could see his TSB increase as EURO 2020 draws closer. He has scored 2 goals in 13 appearances for Belgium.

Denmark may not have the ‘star names’ that a lot of other teams do but they are strongly fancied to qualify from Group B.

Attacking wise Christian Eriksen is the obvious pick but at €9m it is understandable many managers will be reluctant to get him in.

The Danes two forwards are Yussuf Pulsen (€8m) and Martin Braithwaite (€7.5m). However, neither are anything close to prolific and therefore can be passed over with little regret. This is evidenced by both their selection percentage being 1%.

While the midfield and forwards leave a little to be desired, their defence is much more appealing. They have kept clean sheets in their last 3 games and 6 in their last 8.

Andreas Christensen (€5.5m) and Simon Kjær (€4.5m) are seemingly the two centre backs. If you’re looking for a guaranteed starter in the Danish backline then Kasper Schmeichel is your man at €5m.

One player we tipped in our EURO 2020 budget players article is Joakim Mæhle. He plays in a very attacking Atalanta team and has already scored 2 goals in 8 appearances for Denmark. Should he start he is seriously worth consideration at €4.5m.

There aren’t any Russian players which are gathering too much attention. In fact only one player is picked by more than 1% and that is Arsen Zakharyan at 7%.

Interestingly the 18 year old has never been capped by the senior Russia side but that hasn’t deterred some managers. Maybe at €4m he’s worth the punt, especially as he plays early in each Matchday. Nonetheless, you should be focusing on players that are likely to start.

One player that will start is Artem Dzyuba. He’s had another prolific season at Zenit St Petersburg scoring 20 in 27 league matches.

While €8.5m is reasonable, that kind of investment will put a dent in your budget. Should you be playing the differential game though, 1% ownership is certainly appealing.

Elsewhere, other Russian players don’t come cheap. Aleksandr Golovin is their other stand out player but again will set you back a chunky €7.5m.

There won’t be too managers clamouring for them but this does mean the squad has some differential potential.

Finland are the underdogs of EURO 2020 Group B but that doesn’t mean you should write off their assets. They actually have appealing options.

At the top of that list is goalkeeper Lukas Hradecky. The Bayer Leverkusen man is available for €4m.

While we don’t expect clean sheets from him, a €4m starter is always worth an investment. A lot of managers have noted that he hasn’t started Finland’s recent games but this was due to injury, and is therefore expected to come straight back into the lineup.

Another potential €4m starter is Paulus Arajuuri. It’s probably not ideal to double up on the Finnish backline but owning one of them could free up funds elsewhere.

Finland’s biggest name is Teemu Pukki. He is coming off another fantastic season where he 26 goals in 41 Championship appearances.

However, at €7m in what looks like a defensively sound group, Pukki may be too much of a risk.