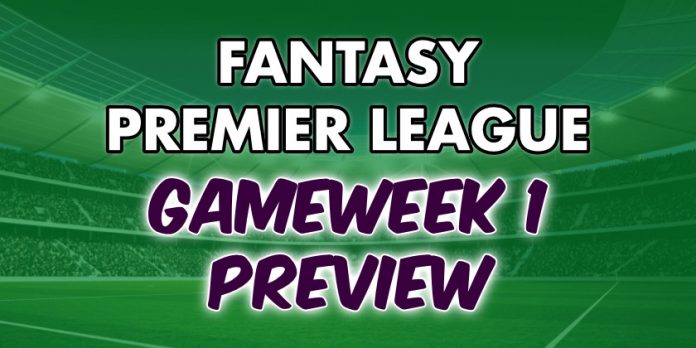 The excitement of the Premier League’s opening Gameweek is building and as all FPL managers start on a level playing field, we look at the fixtures to see who can get ahead of the pack at the first corner.

Every week we’ll be looking at the teams’ percentage chance of winning, picking out the most likely goalscorers and also any differential picks that may be worth a cheeky punt.

Newly promoted Fulham will be looking to get off to good start, at home against an Arsenal who lost four out of their six away PL matches, post-lockdown.

However, Arteta’s Arsenal are looking stronger every game, now that he’s had chance to put his imprint on the team, and their poor away record will be a huge priority to address.

Let’s just call it as it is – Aubameyang as a midfielder is a terrible decision from FPL.

Former RB Leipzig manager, Ralph Hasenhüttl, has revitalised Southampton after a wobbly start. Post-lockdown they picked up 18 out of a possible 27 points, scoring 16 goals in nine games.

Defensive injuries still haunt Palace, who lost seven out of the final nine games. Palace conceded 18 goals in the process and scored only five.

Championship winners, Leeds, will be looking to make a big statement in their opening game as they return back to the Premier League for the first time since their relegation in the 2003/04 season.

Playing the defending champions at Anfield will be one of their toughest tests especially after key defensive figure, Ben White, returned to his parent club, Brighton. If Liverpool continue their home form from where they left off, Leeds could be just another team brushed aside.

Like Palace, Newcastle suffered with multiple defensive injuries at the end of the season and their poor form followed. Antonio’s goalscoring exploits, towards the season’s finish, propelled them to safety after a poor season.

Both teams will be looking to start fresh but may be evenly matched in attack since Newcastle’s signings of Wilson and Fraser.

Best points per million from last season’s FPL (based on this season’s prices):

Another team returning to the top flight, West Brom find themselves up against an injury troubled Leicester, who lost their fantastic form when PL football came back in July.

Golden boot winner, Jamie Vardy, will lead the fight for Leicester but David Moyes’ men could catch Leicester just at the right time.

Mourinho’s Spurs ended the season in good form, following the return of Kane and Son from injury. Scoring seven goals in the final nine, Harry Kane will be keen to pick up where he left off against Ancelotti’s Everton who finished with just one win in the final six games. Remember though, there is that supposed curse of Kane and August!

New signings, such as James Rodriguez, are likely to bring us a brand new Everton team but will need time to settle in.

Sheff Utd are without the formidable Dean Henderson as he has returned to parent club Man Utd. We will wait to see how the defence copes without him.

With the arrival of the highly rated Aaron Ramsdale from relegated Bournemouth though, there shoudn’t be too much of an issue. Wolves will look to continue their Premier League growth but there are places they’d rather start the season at.

Since Chelsea’s transfer ban was lifted, Lampard had injected some serious quality into an already young and exciting team.

Although Brighton can put in strong performances, players like Werner and Havertz will want to hit the ground running, which could be quite a task for the Brighton to contain.

The Fantasy Football Pundit captain to kick off Gameweek 1 is Aubameyang. The odds state the Arsenal forward has the best chance of scoring among all players competing in GW1. To further add to his appeal he is classified as a midfielder.

Alternative options include Salah and Kane. Interestingly, despite being away from home, Werner is slightly favoured to get on the score sheet ahead of the Tottenham captain. We’ll have to wait and see whether this continues throughout the season.