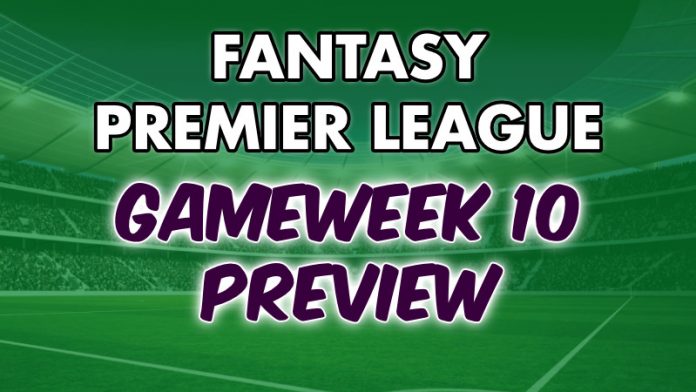 The 2020/21 Fantasy Premier League season is no longer in its infancy. The latest Gameweek left managers with more question marks around their squads as we saw some key players missing with injury, players self-isolating and some more surprising scores.

It has looked like the Premier League goals have been drying up for a few weeks now and last week gave us the highest number of clean sheets so far this season. Fantasy Premier League managers may need to rethink their defence focusing on those teams who are tightening up at the back.

To help those tough transfer decisions, we look at each Premier League teams’ percentage chance of winning, getting a clean sheet, the most likely goalscorers and any differential players that could provide a points boost.

Newcastle have now suffered back to back defeats after losing their last game against Chelsea, 2-0. The Magpies struggled going forward without their leading scorer, Callum Wilson, who was out with a hamstring injury. As a result, they only managed one shot on target in the whole game. Wilson has a 75% chance of returning in Gameweek 10.

Another team who struggled without a key player was Crystal Palace, as they lost 1-0 against Burnley last week. Zaha missed the game following a positive test. The Eagles have lost 14 out of their past 16 games without Zaha and their attack looked blunt without him. They will face Newcastle in Gameweek 10 and it looks they will once again be without the Ivorian.

Liverpool put on an outstanding performance last week as they swept Leicester City aside  3-0, despite missing lots of key players. The Reds looked dangerous in attack as they peppered the Leicester goal with 24 shots and 13 on target. James Milner picked up two assists in the game and looks like he will continue as defensive cover in Gameweek 10. Don’t forget, Milner also pulls rank when a penalty is awarded Liverpool’s way – unless Salah is desperate for it!

In Gameweek 9, Liverpool go to Brighton and hope that they will take Salah with them following his self-isolation. The hosts won’t want Salah up against them as although they won 2-1 against Aston Villa last week, they still allowed their opposition 15 shots and eight of them in the box.

It was more disappointment for Manchester City last week as they lost 2-0 away at Tottenham. The Citizens weren’t as clinical once again. They took 22 shots but only managed five on target. They now sit 13th in the Premier League. however the potential return of world class striker, Sergio Aguero, could be what Pep Guardiola’s side need to get their season going.

City are up against Burnley this week, who appear to be finding their solid defensive form again as they picked up their second clean sheet in a row and won 1-0 against Crystal Palace. The defensive stability appears to be down to the return of centre back partnership, Ben Mee and James Tarkowski, from injury. This week could be their biggest test and Man City have put 12 goals past Burnley in their last three meetings combined.

Everton got back to winning ways last week as a first half riot saw them go 3-1 up. Striker, Dominic Calvert-Lewin, scored his ninth and tenth goals of the season to put him top of the goalscorer ranks. The Toffees did however have a slight wobble in the second half, but they came away with a 3-2 victory.

This week, it’s the dynamic and daring Leeds United who visit Goodison Park. Leeds squandered a number of chances in their goalless draw with Arsenal last week. Their opponents went down to ten men during the second half and despite Leeds’s 25 shots, they couldn’t snatch the three points.

West Bromwich Albion’s goalkeeper, Sam Johnstone, was in top form against his previous side Manchester United in their game last week. Although he made some key saves in the 17 shots against him, it was a Bruno Fernandes penalty which saw The Baggies lose 1-0. If he faces a weaker attack in Gameweek 10, he may be in the right form to pick up his second clean sheet of the season.

As Johnstone would hope, West Brom will play bottom of the league and the lowest scorers, Sheffield United, this week. It was a fourth defeat in a row last week for The Blades but they did look a little more creative going forward. Surely both teams will be eyeing up a win in this fixture and will show some fight to move away from the relegation zone.

Southampton picked up a good point against Wolverhampton Wanderers as the match ended 1-1. The Saints were strong at the back and withstood a flurry of shots from Wolves and goalkeeper, Alex McCarthy, came away having made eight saves. With Danny Ings still expected to be out injured until mid-December, Theo Walcott is excelling in his new attacking role. The forward has produced three assists and a goal in his last four appearances.

Manchester United came up against a stubborn West Brom last week and it seemed inevitable that a Bruno Fernandes penalty would break them through to win 1-0. With back to back wins now for The Red Devils, they won’t want this momentum to stop if they are to push for a top four position.

Being strong in defence has not been something we had associated with Frank Lampard’s Chelsea since he took over. However, the new signings of Thiago Silva and Edouard Mendy seem to have changed Fantasy Premier League managers’ perspective of them. The Blues have only conceded one Premier League goal with goalkeeper, Mendy, between the sticks. This continued last week as they won 2-0 at Newcastle to move third in the league.

It will be a bigger test for Chelsea’s defence this week as they take on top of the league, Tottenham Hotspur. Jose Mourinho produced one of his trademark tactical masterclasses to knock down Manchester City in their 2-0 win. As Mourinho returns to Stamford Bridge, where he has had plenty of success as Chelsea manager, we could see another well-disciplined and clinical performance from his side.

Arsenal were careless last week as they dropped more points in their 0-0 draw with Leeds. Forward, Nicolas Pepe was sent off after headbutting one of his opponents. This put Arsenal in a difficult position, but it was goalkeeper, Bernd Leno, who made multiple key saves to earn the clean sheet and ultimately a point.

Wolverhampton Wanderers play Arsenal in Gameweek 10 and both sides have been struggling to find the back of the net. Pedro Neto slightly eased Wolves’ reliance on their striker, Raul Jimenez, to score after his goal clinched a point in their 1-1 drawn against Southampton.

Leicester City had the chance to cement themselves as a top four contender last week as they faced the champions, Liverpool, who had a depleted squad. Instead, Liverpool put in a top performance and kept The Foxes at arm’s length for most of the game. Jamie Vardy didn’t have much of an impact but this seemed to be down to a lack of service from his teammates. He will be desperate to get back on the scoresheet this week.

In Gameweek 10, Leicester will look to get themselves back on track in a seemingly easy home match against Premier League strugglers, Fulham. The Cottagers were down 3-1 at half time in their last game, versus Everton, however a much improved second half saw them almost stage a comeback. It seemed the penalty curse hadn’t been lifted as Ivan Cavaleiro missed Fulham’s third penalty in a row and the side lost 3-2.

West Ham United have been visibly missing their injured key striker, Michail Antonio, in their previous games, which continued in the match with Sheffield United. Although The Hammers came away with a 1-0 win, they had already missed 13 attempts from inside their opposition’s area. There is currently a 50% chance of Antonio returning in Gameweek 10 but with his injury track-record, rushing him back could be costly.

Aston Villa head to The London Stadium this week in the hope of continuing their 100% away form. Villa have lost their last three home fixtures, with the last one at the hands of Brighton, 2-1. With their direct midfield and poaching striker, Ollie Watkins, The Villains are deadly on the counterattack. Therefore, an away fixture may be more preferable when teams take the game to them.