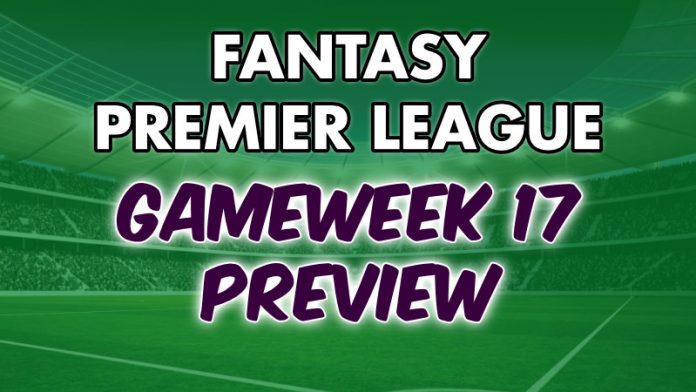 The final Gameweek of 2020 is complete and now we look forward to the New Years’ Day fixtures.

With blank Gameweeks and double Gameweeks looming, postponed games and squad rotations are adding to the drama of the Fantasy Premier League.

Everton stayed in the top four despite their match against Man City was postponed. Previously they beat Sheffield United 1-0 after a late winner by Gylfi Sigurdsson. The Icelandic playmaker now has two goals and an assist in the last four Premier League games. This made it four Premier League wins in a row for the Toffees.

In Gameweek 16 Everton face West Ham at Goodison Park. The Hammers picked up a second draw in a row as it ended goalless against Southampton. A positive for manager, David Moyes, was key Striker, Michail Antonio, returned to action and got 13 minutes under his belt. This opens him up for selection in Gameweek 17 and his priced dropped to £6.2m during his injuries. Antonio could make for a solid investment if he maintains fitness.

A 93rd minute goal from Marcus Rashford saw Manchester United win 1-0 and move into second place in the league, just two points off the top. The English forward now has five goals in his last six Premier League games.

Aston Villa take on Manchester United at Old Trafford this week after picking up a point in their 1-1 draw with Chelsea. This was just the second away fixture which Villa have failed to win this season. After Anwar El Ghazi picked up his fifth goal in the last five Premier League games, he is now averaging 7.2 points per game. This is the fourth best from any FPL player.

Tottenham had their match postponed with Fulham but now focus on Gameweek 17. Previously Spurs could only get a point out of Wolves, even after leading the game for 85 minutes. Harry Kane and Son Heung-Min could not get into the game and the striker, Kane, has now gone three games without an attacking return.

Leeds United will be the opponent in Gameweek 17 for Tottenham after they excited football fans again with a thrilling 5-0 win over West Brom. With plenty of cheap FPL players available, Leeds are becoming a very popular team to aim for. Defender, Stuart Dallas, picked up some more points and he now has two goals, two clean sheets and an assist in the last four games.

After a couple of bad defeats, Crystal Palace made a steady improvement to draw 1-1 with top-four hopeful, Leicester City. Although they couldn’t cling on to their 1-0 lead, the Eagles would have been happy with a point prior to the game. Midfielder, Wilfred Zaha, picked up his eighth goal of the campaign.

Palace will host Sheffield United in Gameweek 17 and it was a 14th defeat from 16 for the visitors. The Blades lost 1-0 against Burnley meaning they are still bottom of the league and now the lowest goalscorers in the Premier League.

Brighton slipped closer to the relegation zone after a 1-0 defeat to Arsenal made it seven Premier League games without a win. There were question marks around manager, Graham Potter’s, team selection as he went into the game without starting striker, Neal Maupay. A criticism which will likely see the French Striker lead the attacking line from the start this week.

The Seagulls are up against Wolves this week after the West Midlands club inconsistent form continued with a 1-0 loss to Manchester United. Pedro Neto put in another impressive performance, despite the defeat. Priced at £5.9m, the 20-year-old forward could be a great and cheap addition to any FPL team.

After a great result against Liverpool, West Brom slumped to a 5-0 defeat to Leeds United. The hammering left them five points from safety and they now face Arsenal in Gameweek 17. With the January transfer window about to open, it will be worth keeping an eye on who Sam Allardyce picks up to strengthen the squad.

Arsenal now have back-to-back Premier League victories after their 1-0 win against Brighton. Alexandre Lacazette scored for the second game in a row. The striker is also owned by just 2.8% of FPL managers.

Burnley grinded out a 1-0 win against bottom of the league, Sheffield United, in the last Gameweek. The Clarets put on another strong defensive display which earned them their third clean sheet from the last five games. Ben Mee scored the only goal and with the clean sheet, he scored 15 FPL points.

Fulham are up against Burnley this week after their visit to The Tottenham Hotspur Stadium was postponed. In their last game, Fulham played out a goalless draw against Southampton. The Cottagers still sit in the relegation zone, but this was two home Clean Sheets in a row for their defence. It is finding the goals at the other which is the problem.

Newcastle picked up a hard-earned point against Liverpool in their 0-0 draw. Goalkeeper, Karl Darlow, put in another top performance and made some key saves to keep Liverpool’s front three out. Darlow has made 62 saves this season which is the third highest from any Premier League shot stopper.

In Gameweek 17 Newcastle will host Leicester City, who rescued a point with a late goal against Crystal Palace last time round. Harvey Barnes scored The Foxes’ goal in the 1-1 draw and this made it two goals from the last two games for the English Forward.

Chelsea have just one win from the last five Premier League matches as they drew 1-1 with Aston Villa. The Blues’ form must improve if they are to achieve a Champions League spot at the end of the season. A silver lining for Chelsea was Olivier Giroud’s goal against Villa made it three goals from the last four starts for the striker.

Manchester City will have the chance to overtake Chelsea as they head to Stamford Bridge in Gameweek 17. Prior to their postponed game against Everton, The Citizen’s picked up a 2-0 win against Newcastle and made it five Clean Sheets from the last six games. Centre-back John Stones started in all five of those Clean Sheet games.

Southampton’s form has dipped as they have gone four games without a win following a goalless draw against West Ham. Even though their star Striker, Danny Ings, is back from injury, the Saints have just one goal from their four games. However, it was a seventh Clean Sheet for Southampton which is the joint second highest in the league.

Liverpool were disappointed again as they struggled to break down another team and drew 0-0 with Newcastle United. Mo Salah went back-to-back games without an attacking return for the first time this season. It was, however, the third clean sheet from the last six Premier League games for the Champions, despite defensive injuries.