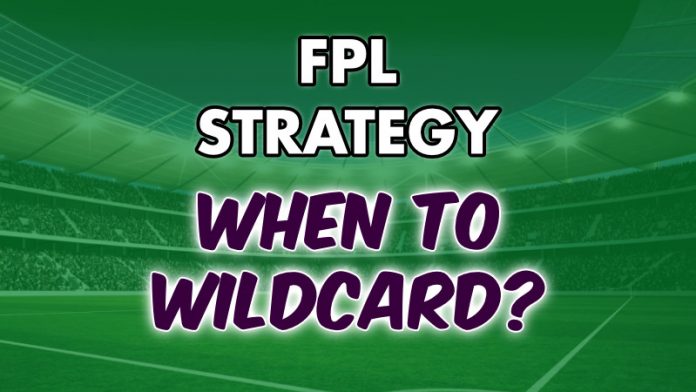 The Fantasy Premier League Wildcard chip is of vital importance in FPL.

For those of you who don’t know, your Wildcard allows you to transfer as many players in and out as you want for one Gameweek.

It is incredibly useful to have as it prevents any point deductions for multiple transfers, giving you the chance to completely overhaul your team for the weeks to come.

The all important question though, is when is the best time to use your Wildcard?

You are given two Wildcards to use during the season:

For this article we’ll be looking at when you should use your first Wildcard. There are two schools of thought: use it early (in the first few Gameweeks) or use towards the end of the deadline.

The first of these enables you to take advantage of early price changes and the glut of knowledge that comes from the first games. After all, there are a lot of questions about fitness, form and how teams line up before the season begins.

For example, let’s take a look at Salah. He is £12.0m, which of course is a lot to invest in one player. However, his general sharpness and renewed attacking mindset against Leeds will have convinced many he is now a must-have, if they didn’t think that already.

Elsewhere, Willian seems to have started his Arsenal career flying. He assisted three times, leading to a GW1 14 point haul.

In addition to the early information, getting high team value in the early stages of the season is also a big advantage. This pays dividends later in the season for that final run in.

How many City and Utd players do you have in your team right now?

If zero, are you already committing to an early wildcard?

Another sub-plot of this most unique of seasons, is some teams actually start FPL with a blank Gameweek. These teams are Aston Villa, Burnley, Man City and Man Utd.

That leaves FPL managers in the tricky predicament of selecting their players, knowing they won’t play in Gameweek 1 or committing to that early Wildcard to bring them in. Not having any Man City of Man Utd players would seem risky at best.

A lot of managers will have decided this ahead of time, though. Either that, or they’re hoping their initial team will turn out strong enough to navigate them through the first part of the season.

As has been well documented, the 2020/21 Fantasy Premier League season will be fit into a smaller window. This means there is less Gameweeks to use that first Wildcard, which provides further incentive to use it early.

Saving it for Christmas

The alternative is to sacrifice those price increases and hope the early information doesn’t come back to haunt you. This would mean gradually getting the likes of De Bruyne and Fernandes and saving that first Wildcard.

The upside of this is you’ll have two Wildcards to use in just over the period of half a season. More crucially however, it becomes easier to save your second Wildcard for when the inevitable Double Gameweeks materialize.

The whole debate is somewhat of a catch 22 where there are clear advantages and drawbacks for both.

Given the uniqueness of this season, as you have to use the first Wildcard in the first 16 Gameweeks, we advocate for using it early. With that said though, if you have already set up your team with those blank teams in mind, or think you can avoid using one without it being detrimental to your team, then by all means save it.