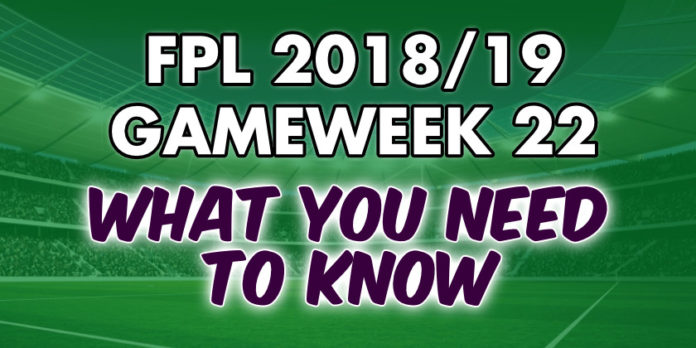 An extra factor has been added for FPL managers to consider: the January transfer window. Transfer rumors for the likes of Callum Wilson, Marko Arnautovic and Aaron Ramsey will affect teams and transfers throughout Fantasy Premier League for Gameweek 22. As usual we take a look at each fixture and analyse the chance of each team’s victory. We then move onto captain choices for which there is no clear cut option for Gameweek 22. For a full fixture difficulty breakdown over the coming weeks check out our Fixture Difficulty Matrix.

The 54 points produced on average from Gameweek 21 was slightly above the weekly average. The revitalised Paul Pogba was the most transferred in player for the second week in a row. However, this time he didn’t reward FPL managers. His 3 points from Gameweek 21 weren’t as satisfying as the 18 he produced in the previous gameweek. Nonetheless, the Frenchman has now scored 49 over the last 4.

With Liverpool on their travels to Man City, it was unsurprising to see Harry Kane the most captained player for the week. A goal, an assist and a subsequent three bonus points resulted in a lot of FPL managers being happy with their captain choice.

The star player of the gameweek was more of a surprise. Troy Deeney produced 15 points after two goals and an assist away to Bournemouth.

With Man City at home it isn’t surprising that the bookmakers have Sergio Aguero as the most likely goal scorer of Gameweek 22. Aguero has scored in each of his last two Premier League appearances. Moreover, he wasn’t in the squad for Man City’s League Cup semi-final against Burton. This perhaps bolsters his chances of starting on Monday night, although the official line he is recovering an illness.

Aguero’s 55% chance of scoring is only slightly ahead of Eden Hazard and Mohamed Salah. Chelsea host Newcastle who despite leaking goals recently have been able to keep their fixtures against the top 6 relatively tight. Hazard has an excellent record against Newcastle at Stamford Bridge but it is worth noting he hasn’t scored at home in the Premier League since Gameweek 7.

Despite being away from home, Salah is still odds on to score. Given Liverpool’s attacking prowess and Salah’s continued FPL dominance in terms of points scored, you can’t argue with the odds. In the absence of Aguero and Hazard, Salah is without question a safe captain pick.

Other primary captain contenders include Harry Kane, Raheem Sterling and Pierre Aubameyang who all have a 48% chance of scoring. Sterling also didn’t feature against Burton midweek so with his chances of starting arguably increasing because of this, he might be the next best option.

Gameweek 22 doesn't offer a clear captain choice but Sergio Aguero is statistically the most likely to score.

The two top point scorers in Eden Hazard and Mohamed Salah are only just behind.

Raheem Sterling could provide a lot of upside as he is only picked by 10.2%! #FPL pic.twitter.com/2Bju60SSKb