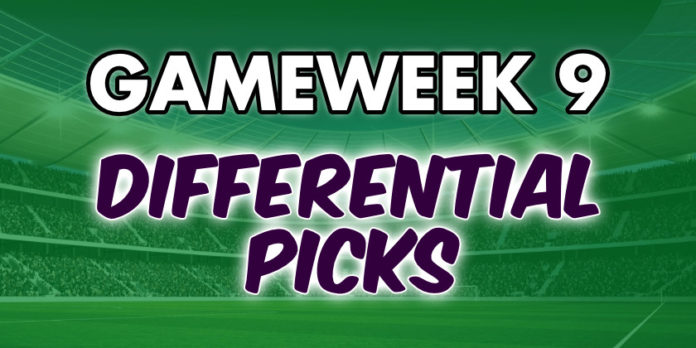 The Brighton striker is currently owned by just 2.9% of FPL managers ahead of his visit to Newcastle on Saturday. He has 5 goals in 7 starts and will be looking to grab more against a questionably vulnerable side in Newcastle. Moreover, at an affordable price of only £6.6m, he can act as a great point scorer and budget enabler from an FPL perspective. Brighton’s gameweek 9 opponent, Newcastle, are in poor form. They are yet to win a game in the league this season. Furthermore they have one of the worst home defensive records at home, having conceded 8 goals in just 4 games at St. James’ Park.

Brighton also have the momentum going for them, having beaten West Ham 1-0 in gameweek 8, where Murray scored the match winner. His starting spot might seem secure but he’ll be looking for another goal to make it certain. This is because he was benched in gameweek 7, and he only played 17 minutes that match. However, should he not score against Newcastle, there is no need to worry. Due to Brighton’s excellent forthcoming fixtures he can still prove to be a high point scorer. In the next 7 gameweeks after Newcastle, Brighton don’t play a single team that has a difficulty ranking over 3. Murray will definitely be hungry for goals and will be ready to pounce in these games.

Newcastle’s aerial defensive vulnerabilities could play to the Englishmen’s advantage. Newcastle have allowed at least 10 more scoring chances than any other team from free kicks and corners. They have also conceded 5 goals from set pieces, and have allowed one third of all their faced shots to come from set plays alone. Consequently, Murray might see Newcastle as one of the better fixtures for him. On the flip side however, one could argue that Newcastle have had tough fixtures all season and despite those fixtures have been competitive in all of them.

The Iceland international endured a tough start to the season. He assisted just once and returned 0 goals in the first 4 gameweeks of the season, scoring only 9 points. However, since then, the Everton midfielder has scored 4 goals and assisted a further 1, scoring 33 points from gameweeks 5-9. However, due to his affordable price at just £7.4m pounds and a low ownership of 5.8%, he could prove to be a great differential for the coming weeks. Everton appear to have found their goal scoring touch again, having scored 5 in the last 2. Therefore, with the Icelandic international being instrumental in most of Everton’s attacking play, it seems likely he will be involved in the points, should Everton score. Crucially he is also on all set piece duties.

Everton host a Crystal Palace team that have picked up just one point in their last three matches. The Toffees are expected to beat Palace. However, it should be noted Crystal Palace are yet to conceded more than two goals in a single game this season. Interestingly Palace are performing better away from home, having a goal difference of +1. Regardless this is a fixture that Everton and Sigurdsson will be hoping to win and perhaps even so comfortably.

Sigurdsson’s upcoming fixtures are a mixed bag. Away fixtures to Man Utd, Chelsea and Liverpool await Everton over the next 6 gameweeks. However, favorable home fixtures alternate between them.