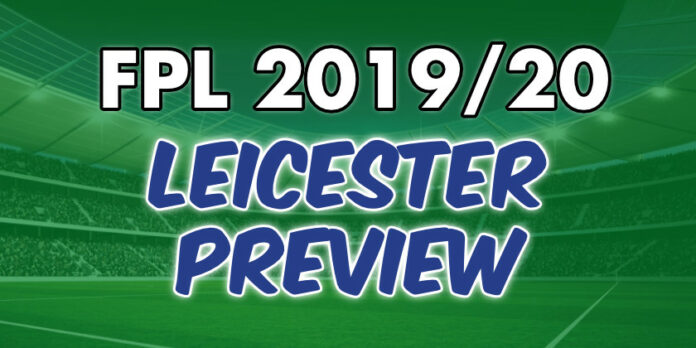 Leicester players have been excellent Fantasy Premier League investments over the last few years, with 6 players scoring more than 100 points in 2018/19.

Leicester’s away form was relatively better than their home form last season, which remained consistent with the 2017/18 season.

It is also interesting to note that Leicester’s home matches were much tighter affairs, averaging 2.3 goals a game.

Mixed Fixtures for The Foxes

Leicester start the season with good fixtures but do face top 6 opposition 4 times over the first 8. A home fixture to kick off the season against Wolves will be by no means easy but it is at home nonetheless.

FPL managers looking to invest will be deterred with a trip to Stamford Bridge awaiting the former Premier League champions in Gameweek 2. Sheffield United (a) and Bournemouth (H) in the next two will make up for that though.

However, Gameweek 5 is where it gets tricky. A trip to Old Trafford followed by hosting Tottenham are two fixtures which won’t please managers. In addition to that Liverpool (a) await in Gameweek 8.

Their fixtures are tricky to assess and Fantasy Premier League managers may well have to be prepared to bench their players where necessary. 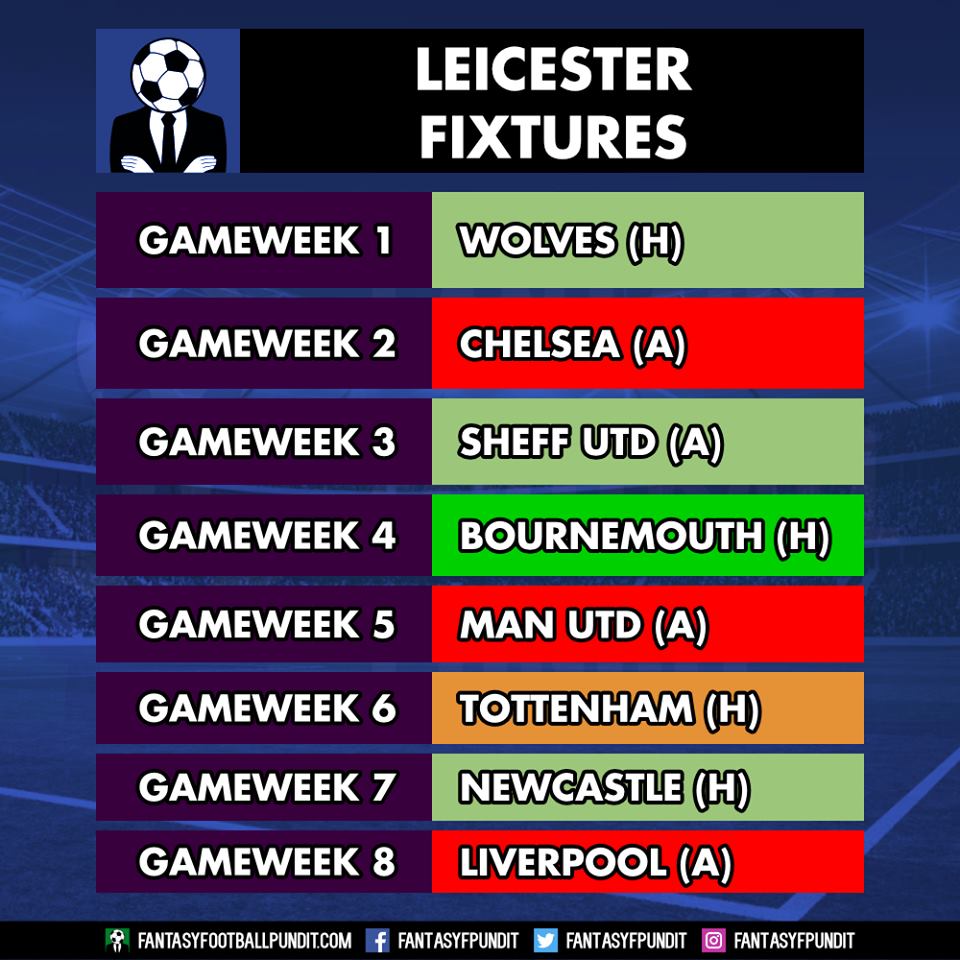 Harry Maguire’s transfer to Man Utd may have changed Leciester’s defensive appeal but the signing of Ayoze Perez has only bolstered their attack.

Ricardo Pereira had a very successful season in his first year in England. His 8 assists were the third equal highest for a defender, alongside Marcos Alonso and Matt Ritchie. He also scored two goals.

However, the former Porto man has increased in price to £6.0m which is deterring FPL managers from buying him – his pick percentage is 7.3%.

Some of his competition at the same price point includes David Luiz, Cesar Azpilicueta, Lucas Digne and Kyle Walker – all of whom scored more points than him last season.

With Leicester facing some tough fixtures and the questions surrounding whether he can once again replicate those attacking returns, it may be best to avoid Pereira to open the season.

Ben Chilwell is in a similar situation, he is priced at £5.5m but it is difficult to spend that sort of cash with such difficult fixtures.

Here’s how Chilwell and Pereira stack up against each other.#FPL pic.twitter.com/u0Ysee7QDH

Ayoze Perez has been tipped throughout the FPL community. Since transferring from Newcastle, the Spaniard has been deployed in a forward role alongside Jamie Vardy.

This has naturally caught the eye of many FPL managers as he is listed as a £6.5m midfielder. He scored 141 points last season as a forward.

James Maddison looks to be an increasingly important part of the Leicester team. In his debt Premier League season he scored 7 and assisted just as many.

It his underlying stats that are most impressive, though. The ICT Index is an aggregated score of creativity, influence and threat combined. At £7.0m we can’t expect him to have the highest ICT Index score. But, when you calculate ICT Index per minute per £m, Maddison comes out on top – more than any other player in Fantasy Premier League.

It’s a stat that will remain unknown to the masses but shows just how good value the former Norwich man is.

Jamie Vardy has been an incredibly consistent performer in FPL over the years. He has scored more than 160 points in each of the last four seasons – a stat that cannot be understated.

The 2018/19 campaign saw him score 18, complimented with 5 assists. Despite being 32 years old, he shows no signs of slowing down.

His remarkable consistency has seen 10.5% of managers invest in his services, even though he is priced at £9.0m.

His 174 points last year was the 4th best total among forwards. However, according to Understat, it could have been more as his expected goals and assists were higher than his actual returns.

Leicester’s predicted lineup against Wolves can be found on our Fantasy Premier League Team News page. Their lineup, along with other clubs, will be available very shortly.