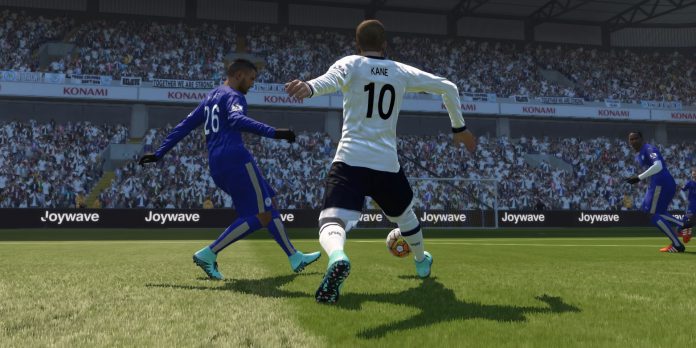 Missing FPL Players Can be Costly

Every season there are players which you simply cannot be without in FPL. This season is no different. Riyad Mahrez, Dele Alli, Jamie Vardy and HarryKane, to name a few, were all difference makers last season. Anyone who avoided these must have FPL players would have had an uphill battle. We are just over halfway through FPL season 2016/17 and approaching the last chance saloon to get on the must have FPL players before it becomes too late. We are going to list each Premier League team’s must have FPL player.

Must Have FPL Players by Team

Granit Xhaka is Arsenal’s must have… just kidding, it’s obviously Alexis Sanchez. He is the most expensive midfielder on the game at a current price of £11.9m but still provides excellent value. This season he has averaged 7.4 points per game, by far and away more than anyone else. Given this Alexis Sanchez is not only Arsenal’s must have FPL player but the most important in Fantasy Football.

Charlie Daniels is an ever present in the Bournemouth back four and has a rather good habit of providing assists also. He is currently valued at £5.3m, which may deter some for a Bournemouth defender, but based on this season thus far is still a good investment. Unfortunately for Bournemouth since the departure of Nathan Ake they haven’t kept a clean sheet so beware.

After a lack of form and issues off the field earlier in the season it appears Andre Gray is firing again. Now a regular starter, on form and valued at £6.2m he may provide a good differential option for FPL managers who find themselves further down the league tables.

Unlike Diego Costa and Eden Hazard, who are also priced much higher, Marcus Alonso provides a guaranteed starter and more consistent points. His £6.5m valuation is pricey for a defender but if Chelsea continue getting clean sheets at the rate they have been and Alonso continues to be a threat in front of goal, he is someone you can’t afford to not have.

With Wilfried Zaha on African Nations duty, Crystal Palace don’t really have any FPL players that stand out. The closest is perhaps Christian Benteke who has the capability of going on a goals run and is believed to still be on penalties. He has dropped in price recently and is currently valued at £7.3m.

Some FPL managers may scream Seamus Coleman or Romelu Lukaku at this point but given his price and the fact he is on penalties Leighton Baines is the obvious choice here. Everton look to be on an upswing in form and Baines’ price of £5.6m makes him their must have player.

Robert Snodgrass is clearly Hull’s stand out player. Classed as a midfielder and a valuation of £5.8m does make him a pretty good investment. He is currently averaging an impressive 5.0 points per game. An alternative could be Eldin Jakupovic, £3.9m, who looks to be the now first choice keeper and seems to be correlated with Hull’s clean sheets.

Due to their exploits last season Leicester’s FPL players prices have been inflated. As a result nobody provides any real decent value. The closest would be Kasper Schmeichel who provides reasonable value as a keeper at £4.9m.

There an abundance of Liverpool players who provide good value for points per game. The leader of these players though might well be Roberto Firmino. He is a certain starter under Jurgen Klopp, is played in a forwards role and most importantly has hit form again.

The obvious answer to some would be Sergio Aguero. At a price of £12.8m however this cripples your options elsewhere. Whilst not providing great value for the money, Kevin De Bruyne probably best fits the criteria. He is valued at £10.5m and returns 5.2 points per match. The general consensus is that KDB hasn’t hit full form yet, if this is true then there could be some real upside to take a punt on KDB.

Zlatan Ibrahimovic is by far and away Man Utd’s top points scorer. However, similar to Aguero, buying him may restrict options elsewhere. As a result we are going for Antonio Valencia as Man Utd’s must have FPL player. Man Utd have conceded once a lot this season so we would expect to see their clean sheet tallies increase as the season goes on. Furthermore, Valencia loves to get forward and always provides the possibility of assists.

Middlesbrough have looked solid at the back this season and do have cheap defending options. At the forefront of this is probably Calum Chambers who has started 16 of the last 17 Premier League games. At £4.5m he provides a steady defending option.

Virgil van Dijk is a player that provides many reasons to pick him. Firstly, he is guaranteed to start, Southampton are a strong team defensively and he has a nice habit of picking up a goal or two. Thus far his goal scoring exploits have come in different competitions but if he can translate this to the Premier League he will become an even more important player to have.

If Peter Crouch can keep his starting position in the Stoke team then he is their obvious choice. Crouch is always a goal threat and at £4.8m will allow maneuverability elsewhere in your team.

This one is really obvious, Jermain Defoe. Defoe has scored 12 goals so far this season, is on penalties and has played every Premier League game this season. £7.9m may deter some but he does provide Sunderland’s best chance of FPL points.

Swansea’s best value player is a toss up between Fernando Llorente and Gylfi Sigurdsson. The latter is on penalties and is a certain starter whereas Llorente plays less minutes and is more sporadic with his points. There isn’t too much between them in the way of price so we’re going to call this one a tie.

There are plenty of Tottenham players who do provide excellent value for money. Danny Rose, Kyle Walker and Harry Kane all come to mind. The winner though, and especially by recent form, is Dele Alli. He has recently gone up in price and currently resides at £8.8m. Whilst Kane has penalty duties, Alli consistently finds his way to extra points and has the rare quality where it doesn’t seem to matter what team he is playing against.

Etienne Capoue started the season on fire and has understandably dropped off in recent weeks. However, he has proven his ability to garner FPL points and at a price of £4.7m certainly provides Watford’s best FPL option.

There are a few players from West Brom which any FPL manager would be pleased to have in their team. That isn’t something you thought would be true at the start of the season. Gareth McAuley, Matt Phillips and Salomon Rondon all offer reasons to pick them but Chris Brunt is the player getting our vote. Priced at £5.0m he is always capable of an assist or goal, as proven in recent weeks, and is listed as a defender despite often playing in a more forward role.

This is another close call between Michail Antonio and Andy Carroll. The latter has recently hit form and seems a certain starter going forward. On the flip side Antonio has been consistently accruing points all season and is listed as a midfielder. We’d say Carroll has a greater upside but if you want to take less risk Antonio may be the way to go.

You can check out which of these players have appeared in weekly Dream Teams here: https://www.fantasyfootballpundit.com/results-fpl-dream-teams/