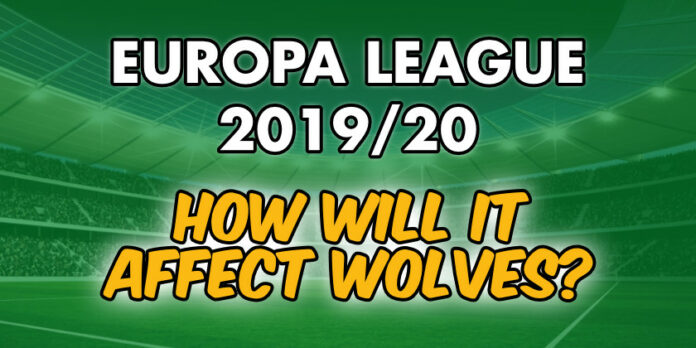 The table below shows a summary of the performances of the teams considered with a more detailed breakdown below.

The Clarets had a great season in 2017/18 which saw them finish 7th and enter the qualifying rounds of the Europa League. They joined the competition in the second qualifying round but were defeated in the play off round (their 6th game as, confusingly, there are 3 qualifying rounds and then a play off), the final hurdle before the group stages. Their season started on July 26 and they had played three games before the league campaign had begun.

In the Premier League, they started poorly, failing to win any of their first five and only managing three wins in the first half of the season. Their form picked up after the turn of the year and they eventually managed to avoid relegation.

Everton finished 7th in 2016/17 and entered the following season’s Europa League in the third qualifying round. They won both their third qualifying round and play off ties to qualify for the group stage, where they struggled, only managing to pick up four points from their 6 group games.

Their poor Europa League form didn’t seem to affect them in the Premier League as they were solid if unspectacular throughout the campaign, though they only won 1 of their 6 league games immediately after a Europe League match. Notably, Everton’s squad was significantly deeper than the Burnley squad from the following season.

Southampton’s 6th placed finish in 2015-16 pushed them straight into the group stages of the Europa League. They were slightly unfortunate to finish third in their group. Entering at the group stages meant that the Saints had a full pre-season without any European games with their first Europa League fixture in mid-September.

Southampton’s league form was noticeably worse than the previous season. This was despite an 8th placed finish they struggled to gain any momentum, never winning more than 2 consecutive league games. Claude Puel’s side used 23 players in their league campaign. Furthermore, it is also important to note that this was the season after Mané and Wanyama departed and so it could be argued that a drop in performance was expected.

The Hammers finished 7th in 2015/16 and entered the 2016/17 Europa League in the third qualifying round stage. They progressed with a 4-2 aggregate victory but were beaten in the play off round. Their first competitive game of the season was on July 28 with their play off games occurring after Gameweeks 2 and 3 of the Premier League season.

West Ham’s form was significantly worse than it was the previous season. They started very slowly in the league, with 1 win in their first 7 and only 3 in their opening 15 games. They picked up enough points over the festive period to ensure a mid-table finish. The Hammers had bolstered their squad ahead of their European campaign but the move from 23 to 25 players was not enough to ensure another top half finish.

The Saints entered the Europa League at the third qualifying round stage following a 7th placed finish but were defeated in the play off round, so did not reach the group stages of the competition.

Despite a slow start in the league (1 win in their first 5 games), Southampton achieved a 6th placed finish, with a very strong end to the season, only losing 4 games after the halfway mark. Their squad size was very small in this campaign with only 21 players, which include the likes of Mané, van Dijk and Pellè.

The final team featured in this article is Everton in their 2014/15 campaign, the only team outside of the top 6 to progress beyond the group stage in recent years. They entered directly into the group stages after finishing 5th in the Premier League and topped their group. They beat Young Boys in the Round of 32 before losing to Dynamo Kyiv in the Round of 16.

The Toffees’ strong European performances had a negative effect on their Premier League form in a campaign where 5 of their 12 wins came in the last 9 gameweeks, after they had been eliminated from the Europa League. In addition to the length of their European run, Everton’s squad was relatively shallow this season with only 23 players used in the league, though this was up from 20 the year before.

Wolves finished 7th last season and entered this season’s Europa League competition at the second qualifying round stage. At the time of writing they have progressed to the third qualifying round where they will face, Pyunik of Armenia. Wolves are strong favourites to win that tie, if they do they will face a play off round, where a win will see them progress to the group stages. This means that Wolves will play at least 4 Europa League games, probably 6, potentially 12.

Wolves were very impressive last season and gained a lot of admirers for their style of play as they consistently took points off the top 6. However, they only used 18 players in the process. Of these, 2 have since left (Costa & Cavaleiro), though 2 more players have joined the club (Vallejo & Cutrone).

History shows that teams using 23 or less players perform worse in the league when combined with a European campaign, with a significant impact on their form in the early part of the season. The exception to this trend is the Southampton side of 2015/16 which continued to perform well and finished 6th. However, the Saints also started slowly in the league that season.

The main reason for the drop in performance is player fatigue. The extra minutes in tough, high intensity games combined with the quick turnaround of a Thursday/Sunday schedule often takes its toll on players over the course of the season. We can see that even sides that are eliminated before the group stage suffer from this fatigue, possibly enhanced by the absence of a full pre-season campaign.

However, Wolves had the best injury record in the Premier League last season, with only 5 injuries and an impact of 88 days lost. Their state of the art medical and sport science teams have been the subject of many articles over the summer. If there is a team that will be well-placed to deal with the fatigue impact it is certainly Wolves.

Overall, Wolves players certainly can’t be ruled out but if early signs show poor league form and they progress to the group stages it may be time to seek out alternatives. The lack of squad depth is a worry if they don’t strengthen in what remains of the transfer window and it may be wise to expect a slow start to their league campaign.