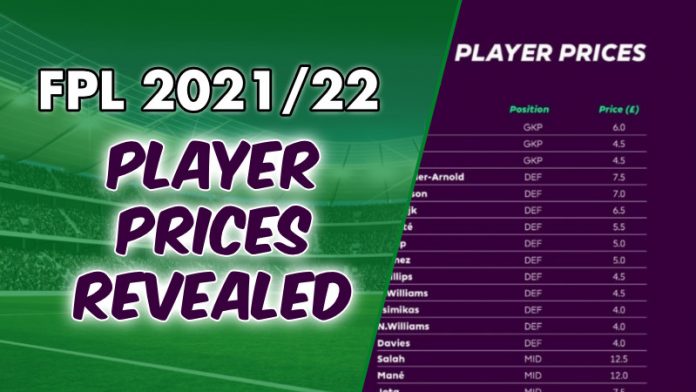 The Premier League season, and therefore the 2021/22 FPL kick off, is still nearly two months away. That hasn’t stopped player prices being revealed already, though!

FPL managers were given a surprise as a host of Premier League clubs started announcing player prices through their Twitter accounts. Reaction from the FPL community was split as many felt it is simply to early to announce.

With managers in the middle of the EURO 2020 fantasy game many aren’t interested in preparing their FPL teams.

Previously, player prices have been a more drawn out affair with this year feeling more sudden. Unfortunately due to EURO fantasy it feels like they’ve been announced when interest is at its lowest.

Nevertheless, there are plenty of managers who do want to know the prices (that’s why you’re here!) All the available player prices for FPL 2021/22 can be found below.

The most notable player prices are listed below with an additional link, if available, for all players from each team.

This page will be updated as and when more player prices become available.